The past several months have seemingly confounded conventional wisdom around the stock markets.   For example, September is typically considered to be the worst month to invest new money – the indexes generally don’t perform well during the month.

That certainly wasn’t the case in 2017! Case in point, the Dow Jones Industrial Index added 600 points in September after crossing the 22,000 threshold. Meanwhile, the broader S&P 500 Index increased nearly 60 points during the month – an increase representing nearly 2.5%, putting it up nearly 13% for the year.

There’s lots of discussion about what’s driving the markets. At the end of the day, consumer spending underpins about roughly two-thirds of the U.S. economy. Seemingly, consumers are as optimistic as ever.

This week’s graph highlights the most recent CNBC All-American survey. The network describes the most recent survey results as, “New high for economic optimism.” Each of the five categories featured in the graph are at 10-year highs. In other words, Americans are feeling pretty good about the economic prospects ahead. 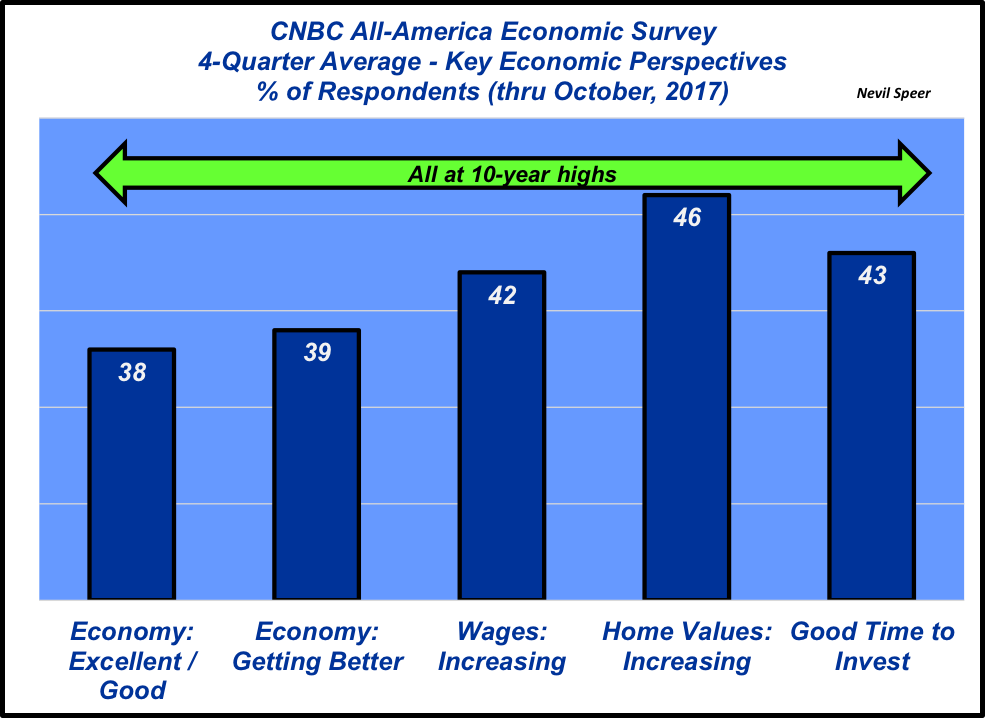 That could mean continued gains in the stock market. But more importantly, that optimism helps drive consumer spending – and that could potentially help underpin beef demand in the coming months.   That’s especially important amidst prospects for big supplies through the fall.

What’s your consensus of the optimism in the survey results? How do you perceive the current state of the economy?  Are you bullish on consumer spending and beef demand going forward?  Leave your thoughts in the comments section below.