Typically, this is the time of the year when many ranchers are finishing their plans for how they should sell this year’s calves. Should they sell at weaning, precondition them, sell them as backgrounded calves, or even retain ownership of this year’s calves through slaughter?

As producers of feeder cattle, it behooves ranchers to have a good feel for current cattle feeding profit. It is always better to market feeder cattle to a cattle feeder who has just made money on the last bunch of finished cattle he sold.

Figure 1 shows my monthly projected profits from finished cattle each mid-month so far in 2017. I believe that the high cattle feeding profits in June and July helped explain the strong demand for early cattle off grass in August this year. I hope that you sold your grass cattle early this year. 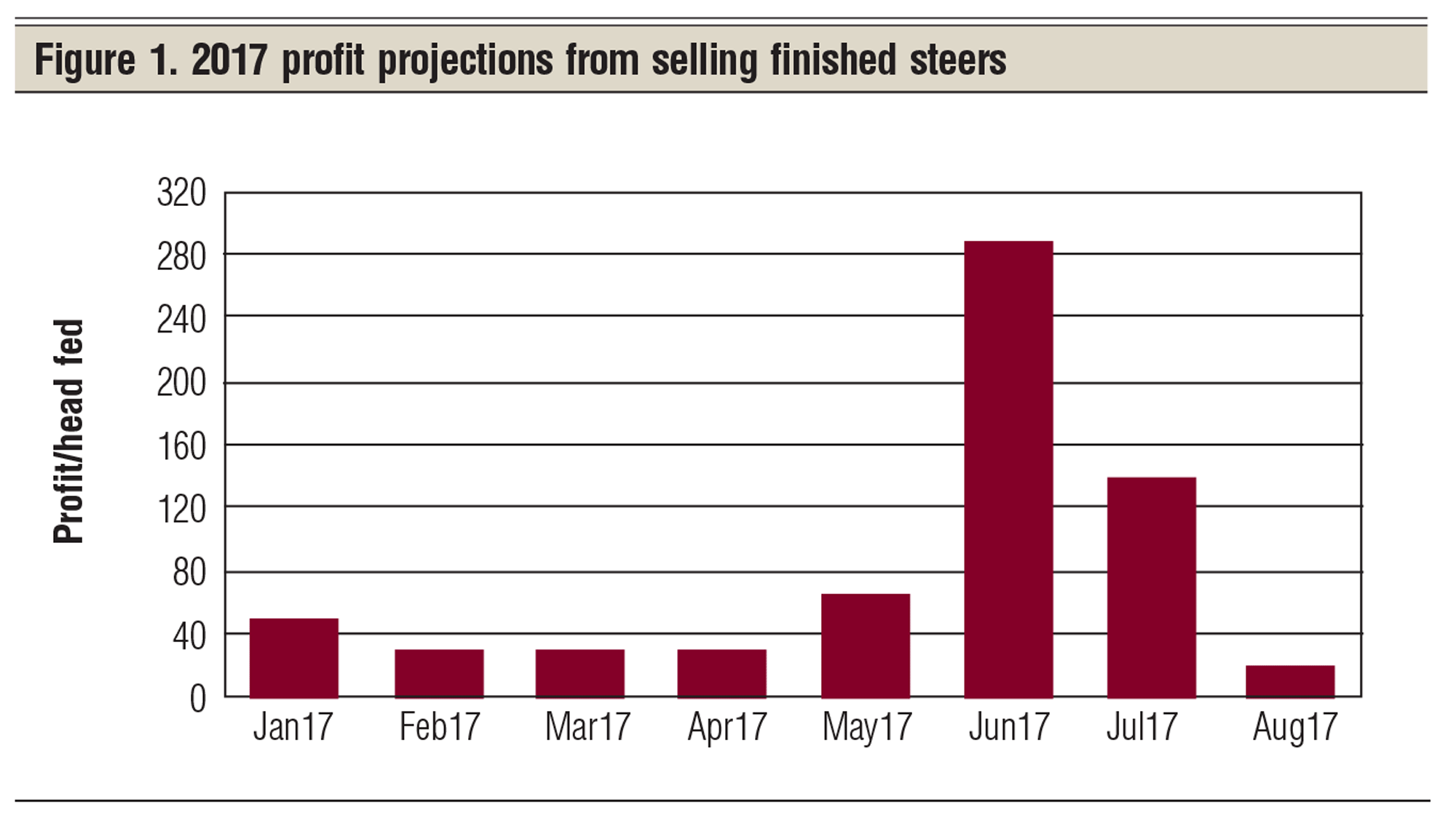 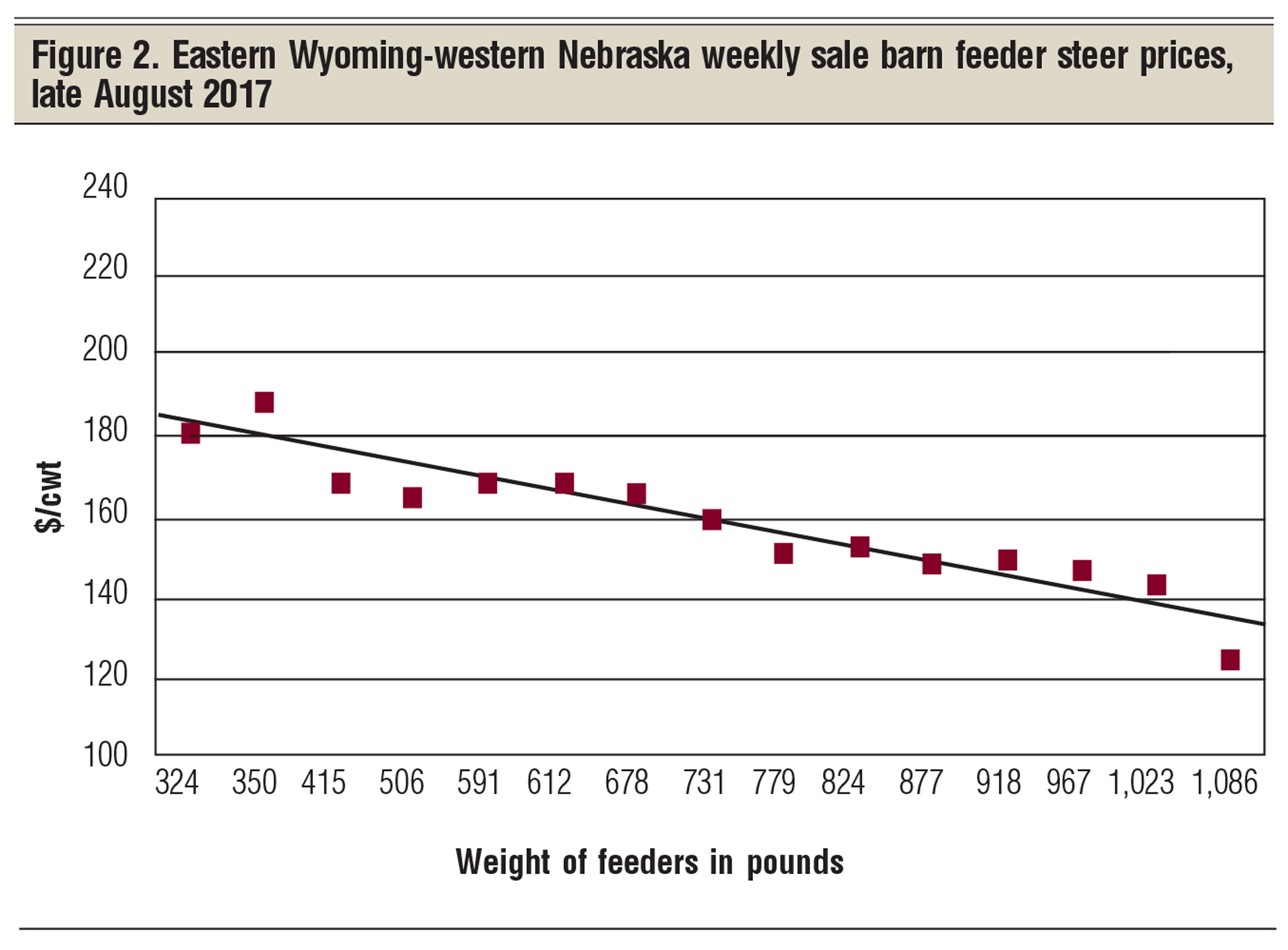 The deviations from the trend line tend reflect the quality difference of each group of feeder steers.

Figure 3 removes the quality factor from the price line and also allows the price slide to change as the weight changes; however, the relatively straight price line in Figure 3 again is not typical and was impacted by the strong demand for grass cattle headed to the feedlot. 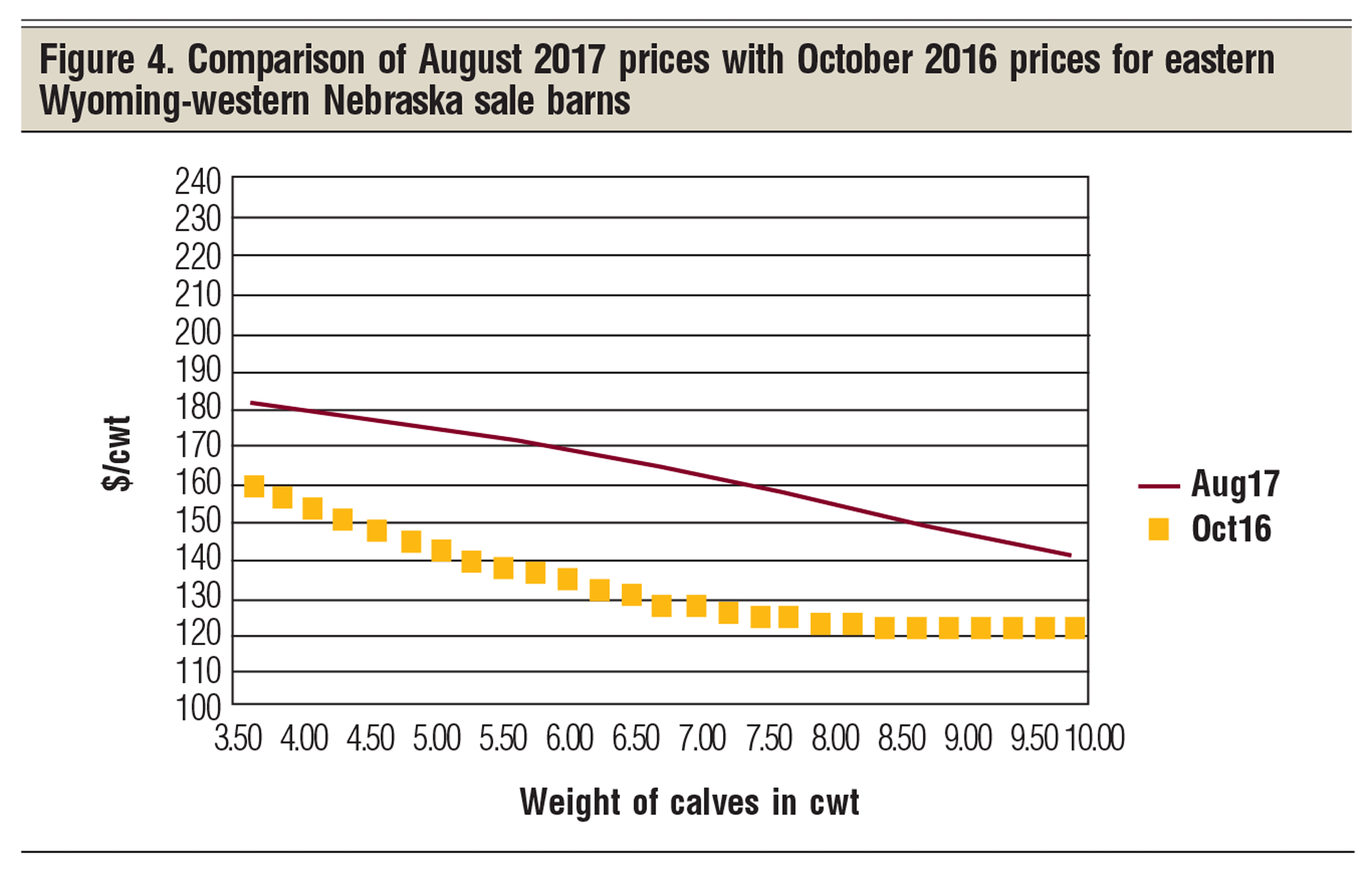 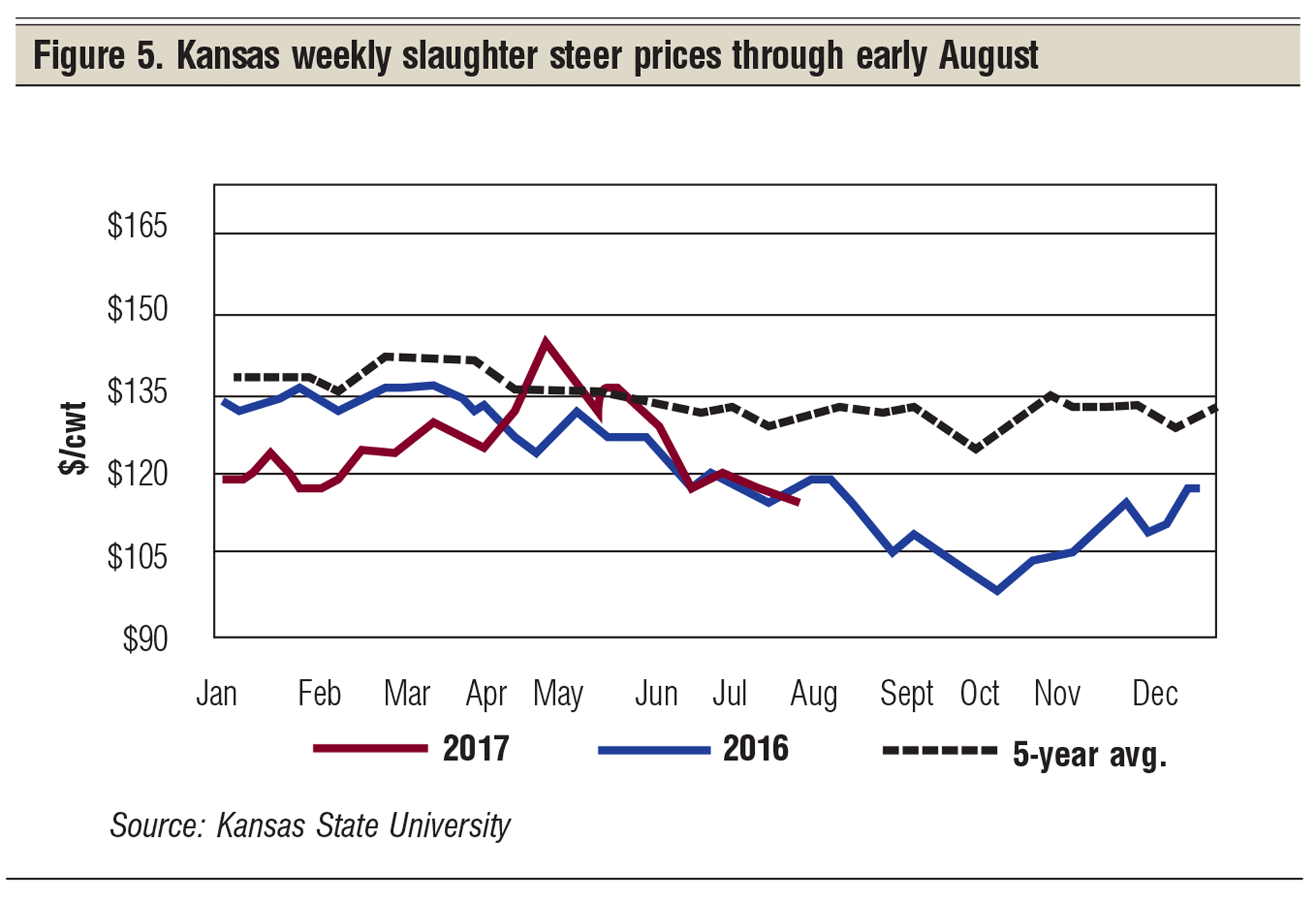 Note in Figure 5 that slaughter cattle prices are again following the 2016 trend to a probable low in October.

Another analyst calculates that, as of late August, slaughter cattle prices have declined 22% in the last 60 days. If slaughter prices follow 2016’s trend, Figure 5 suggests slaughter prices could go down another 10% by mid-October, based on the 2016 price line.

The problem for many ranchers is that weaning occurs at the October-November low in slaughter cattle prices. The good news is that cattle feeders this year had sufficient opportunities to lock in higher fall slaughter selling prices via the futures market this last spring and early summer.

I suspect that is what was done with the early grass cattle as they went into the feedlot. These locked-in prices should result in cattle feeders making a profit around fall weaning time, and that should add a little strength to fall calf weaning prices.

All of this leads me to project a better calf market this fall than last fall.

Relatively low fall 2017 calf price projections suggest some profit opportunities for ranchers to precondition or background their calves, or both, into spring 2018 when slaughter cattle prices are seasonally higher.

As of late August, I am projecting October 550-pound steer calves at $170 per cwt — up from $142 in October 2016 (Figure 6). When these planning prices are applied to my study ranch, I am currently projecting a $226-per-cow earned return to unpaid family labor, management and equity capital.

This compares to only $22 per cow last year for calves sold at October weaning. My study herd manager, however, did not sell his calves in October 2016 — he elected to hold on to them and sold them as backgrounded feeders after the first of the year.

What does this all suggest for my eastern Wyoming-western Nebraska study rancher? Our current economic projections for 2017 are currently better than 2016.

For example, the gross income projection per cow is $991, with production costs of $765 per cow. This would be a $59,500 greater gross income for the total herd than last year.

The projection for selling 2017 weaned calves from this high-equity herd is $229 in earned net returns per cow to unpaid family labor, management and equity capital. This compares to $22 per cow for this same herd in 2016.

The cost of gain on the 2017 steer calves is projected at $128 per cwt, with a projected selling price of $167 per cwt for this rancher’s 567-pound steer calves.

What about some other traditional marketing alternatives? My projections are that he could add another $25 per calf if he backgrounds his 2017 calves to 875 pounds into spring 2018. I project a loss if he finishes these backgrounded calves in a custom feedlot with a target June marketing date, as Figure 7 shows.

If he places the calves in a custom feedlot to grow and finish selling in mid-May 2018, I am projecting he will add another $68 per calf retained. The key is to market the finished calves in May 2018 and not June.