WASHINGTON (Oct. 31, 2017) – In a new video released today, California rancher Tim Koopmann discusses how his family has twice paid the “most onerous” death tax and warns that if his ranch must be sold, nearby Silicon Valley billionaires “would just ruin this land forever.”

The video is the sixth in the National Cattlemen’s Beef Association’s media campaign to promote comprehensive tax reform and comes one day before U.S. House leaders are scheduled to unveil their much-anticipated tax-reform legislation. The first five videos in NCBA’s tax-reform media campaign have been viewed a combined 684,000 times and have reached 1.3 million people on Facebook.

NCBA’s latest video spotlights rancher Tim Koopmann, whose family has had to pay the death tax twice and once had to sell the family’s ranch “in its entirety.” Koopmann’s family runs approximately 200 cows on his Northern California property, which is now surrounded by a golf course and mansions owned by tech billionaires. He warned that if his family has to pay the death tax a third time, his ranch and his well-preserved land could fall victim to urban sprawl. 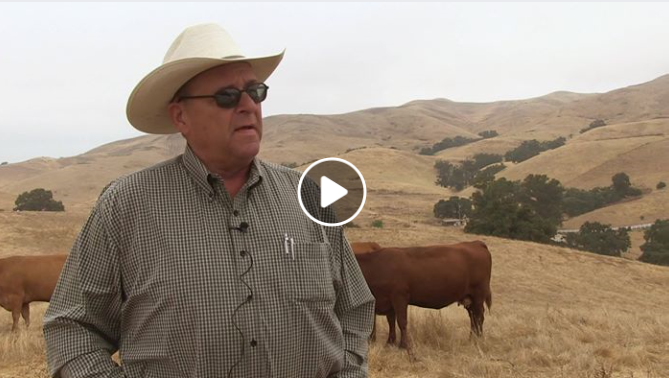 “In the absence of us being here, this property would become subject to development – just like you see off to the east there with billionaire Silicon Valley folks coming in and building homes on these knolls,” Koopmann explained. “They would just ruin this land forever. It would not be providing the habitat or certainly the scenic beauty and the conservation that’s going on today.”

As tax-reform legislation begins moving in Congress, Koopmann included a plea for lawmakers.

“If I can leave one message to those on Capitol Hill, it would be that the federal estate tax is the most onerous tax that I’ve encountered,” he said. “It was really, really difficult to get through.”

NCBA’s tax reform campaign is centered around a website, CattlemenForTaxReform.com. The campaign is also connecting grassroots ranchers and producers with their elected officials on Capitol Hill as tax-reform legislation is considered.