Prospects for increasing beef exports come at a fortuitous moment in U.S. beef history. Without them, odds favor further industry contraction over time.

Such an observation might seem bold, given the fact that all beef produced in the U.S. is always consumed at some price, and that the national cowherd is currently in the midst of the first cyclical expansion in about two decades.

Notwithstanding drought-forced liquidation in recent years, that’s one reason there were 31.2 million beef cows at the beginning of this year, as opposed to 36.1 million in 1995, let alone the peak number of 45.4 million in 1975.

In the last decade, as the nation’s cow herd contracted in the wake of prolonged drought, beef packing capacity and cattle feeding capacity left the business. It’s easy to imagine a quick restoration of the latter, but not the former.

In order to maintain the current industry infrastructure — packing and feeding capacity, allied service providers, etc. — the nation’s beef cow herd likely needs to be at or above 31 million cows or so over the long haul, according to Sterling Liddell, senior analyst of data analytics for RaboBank’s RaboResearch Food and Agribusiness.

The vagaries of cyclical supply and demand, relative to domestic consumer beef demand, suggest the price that domestic consumers are willing to pay for the resulting level of production is below a point at which cow-calf producers are willing to maintain that many cows. To sustain prices at a level where cow-calf producers have incentive to maintain that size herd requires more demand.

“In the U.S., animal agriculture sectors are fully mature industries. Therefore, domestic consumption of animal proteins has reached, or is close to reaching, a saturation point. Total consumption of animal protein is not expected to grow much beyond the peak established in 2008,” say Liddell and Don Close, senior analyst for animal proteins at RaboResearch. They authored that organization’s recent U.S. long-term beef cattle outlook: Expanding Beef Production Increases the Need for Exports.

Added urgency comes in understanding that beef production will continue through the expansion phase of the cattle cycle and into the beginning of the liquidation phase.

According to the RaboBank long-term outlook (projections through 2025), the nation’s beef cow herd will grow by another 1.6% to 2.2% by 2018 or 2019. But, beef production will likely increase until 2021 or 2022 as cyclical liquidation takes hold, growing to the highest levels since 2003. The good news is that RaboBank projections estimate a 75% probability that the nation’s cow herd remains above 30 million head through the liquidation phase.

Plus, beef’s price disadvantage continues to grow relative to poultry — especially to chicken.

Though market saturation (total animal protein) has been an issue for years, Liddell explains, “Poultry producers are gaining so much yield per bird, relative to production cost, that the inflation-adjusted price of poultry to consumers continues to decline, while beef prices remain relatively flat.”

Close uses the analogy of making the cost of a meal with meat fit a budget or menu price. If you can’t achieve the desired price with the desired meat, you first look to reduce meat portion size. If you still can’t hit the price target, then you choose an alternative meat. 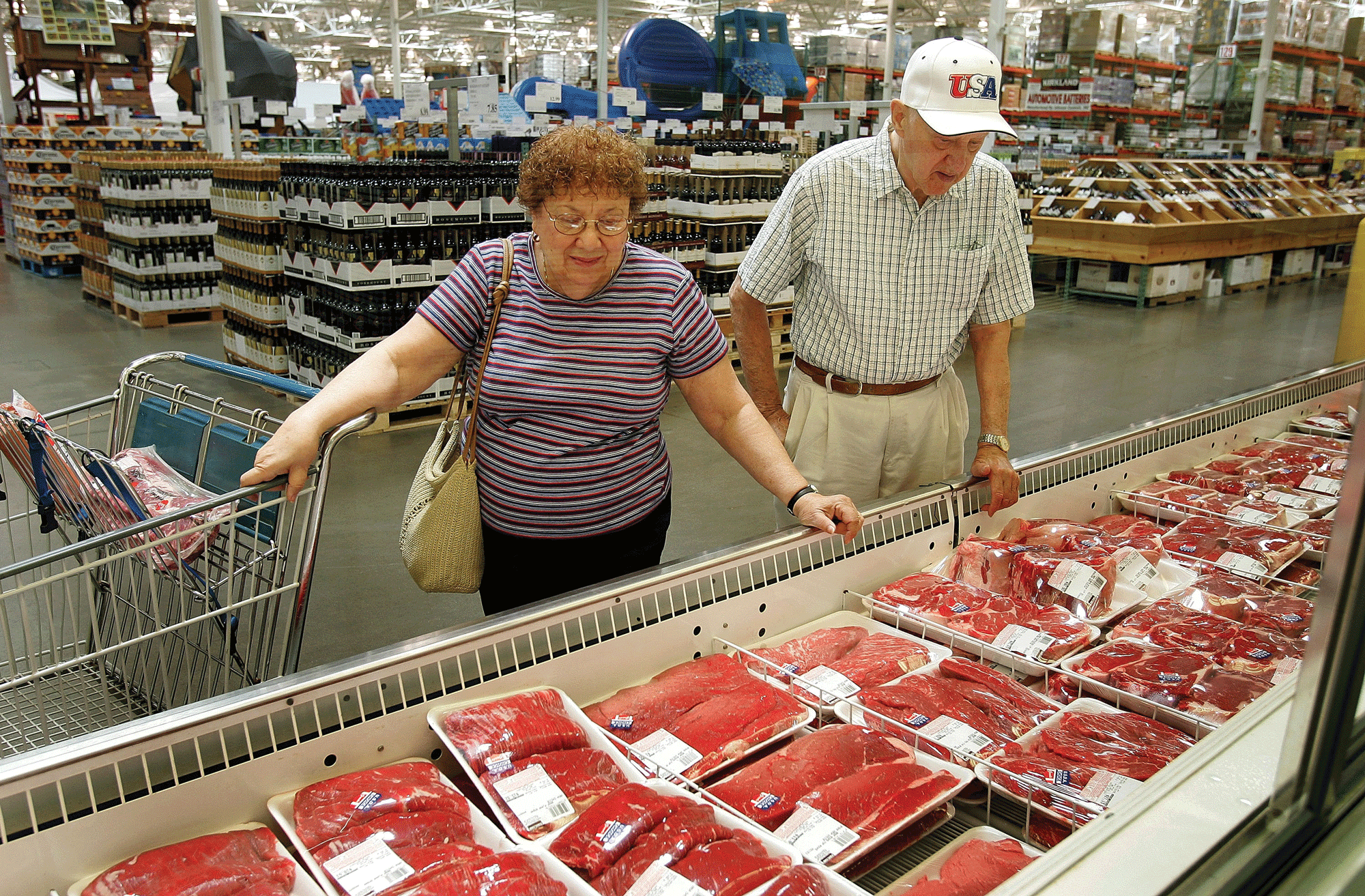 Domestic demand for beef has increased, but over the long haul of the current cattle cycle, domestic beef demand may not be increasing as fast as the total beef supply. That means beef exports will need to increase for cattle prices in the U.S. to remain strong.

“With production of all species expanding and domestic consumption at, or very near a peak, the only way for the animal industries to advance is with growth in exports,” Close and Liddell say.

More specifically, Close explains, “The renewed growth in beef production is driving things to a breaking point. In order for the beef market to remain in equilibrium, the U.S. will have to increase exports to be consistently above 10% of annual production, more than 3.1 billion pounds each year.” And that accounts for domestic population growth.

By equilibrium, Liddell explains, “We’re looking at how the market will balance price, production and demand going forward without a market collapse.”

“We need to be able to increase export demand,” Close emphasizes. “On a carcass weight basis, the U.S. has never exceeded 10% of annualized beef production as exports [RaboBank calculation]. We see us breaking through that threshold and becoming a net exporter of beef.”

There are no guarantees that the U.S. can increase exports, of course.

For one thing, Liddell stresses that growing exports means that besides having a competitive product, the U.S. must also be competitive on the world stage when it comes to trade negotiation.

For another, Close notes becoming a net exporter increases vulnerability to related factors such as international trade policy and the dynamic animal health and management requirements of international buyers. Even if exports enable the domestic industry to maintain market equilibrium, they could also bring increased price volatility.

First, U.S. beef exports already are gaining global market share, and contributing significantly to domestic beef and cattle prices. Year to date through August, the export value per head of U.S. fed slaughter was $275.81, according to the U.S. Meat Export Federation.

Internationally, Close explains this quality segregation also applies to consumer willingness to pay increasingly more for U.S. beef quality vs. that of primary competitors like Australia, Brazil and New Zealand.

The growing economic wherewithal of international consumers is also in favor of increasing beef exports.

“Population growth, along with growing middle-class incomes, are the global drivers behind the opportunity to increase beef exports,” Close and Liddell say. “Conversely, beef imports to the U.S. face headwinds as an increased number of head available for slaughter combines with relatively persistent carcass weights to equal or exceed domestic demand levels.”

“I believe we are at a very opportunistic time, where North America is the supplier of the high-quality and ultra-high-quality beef global consumers want,” Close says.

“Exports are where we have to look if we want to continue to grow and be profitable as an industry,” Liddell says. “If we don’t grow exports, it means less opportunity for fewer producers.”