Deer Stay One Hoof Ahead of Hunters

Deer season is here. Before heading into the woods, the information we learned from a two-year study may change how you scout and hunt. The bottom line is that bucks change their behavior to avoid detection by hunters, so it will take a change on the hunter’s part to successfully harvest or observe deer.

This research project addressed some of the most frequently asked questions or concerns.

The 4,600 acres of rolling hills are covered by forests, grasslands, and areas that are a mix between the two, so it is visually similar to much of the white-tail deer’s range. 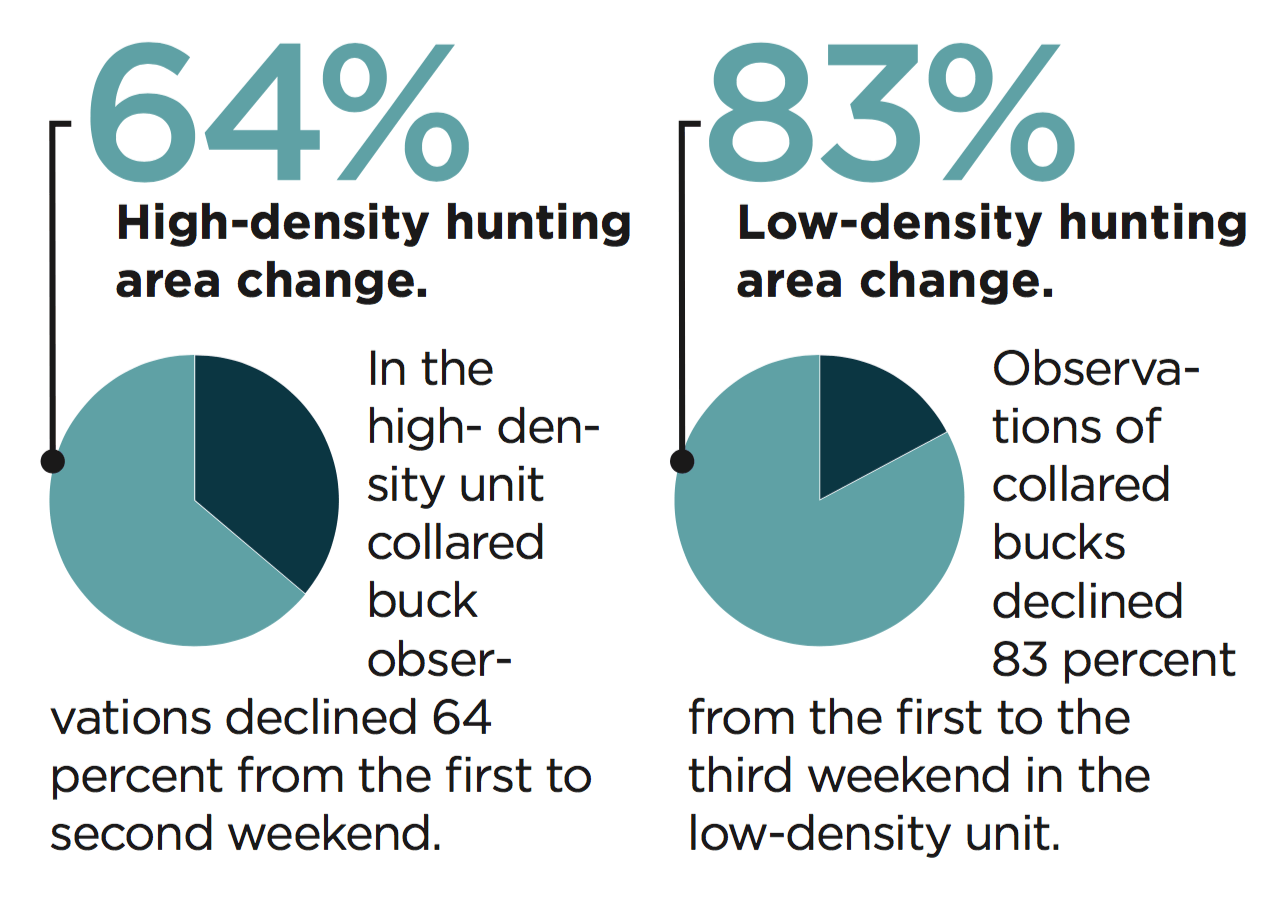 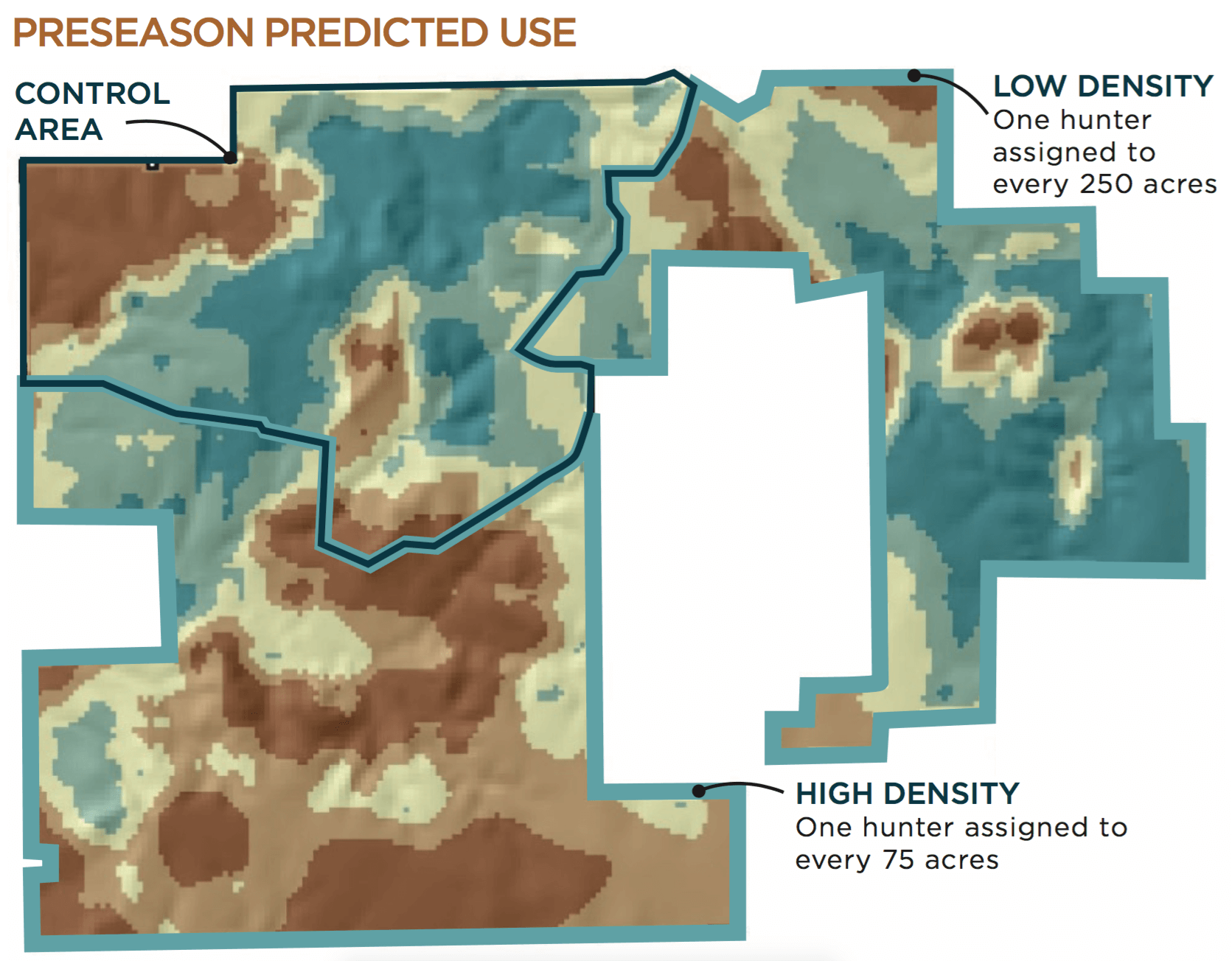 All bucks used in the study were at least 2.5 years of age by the hunting season. A total of 52 bucks were collared during the 36-day period.

What is the primary cause of mortality in bucks?

Previous research tells us that, in managed deer populations, most deer are lost through harvest. Our hunters were not allowed to harvest bucks with collars, but harvest was still the leading cause of buck mortality in our study. We lost eight bucks to some form of illegal harvest (known as poaching). As a reminder since hunting season is upon us, it’s important to report any suspicious hunting activity to your state game department. Aaron Haines, Ph.D., an associate professor of conservation biology, mammalogy and ornithology at Millersville University in Pennsylvania, and I have compiled a list of hotlines for reporting poaching activity within each state. You can find it on the Quality Deer Management Association website: www.qdma.com/hunt/turn-in-poachers.

I am seeing fewer and fewer deer.

Many hunters think the moon and weather influence deer movement and behavior. However, scientific research shows the moon and weather do not consistently influence deer behavior. But, we as hunters and scientists do agree that the rut consistently influences deer movement – movement increases. During rut is usually when we like to hunt because we see more deer. But what if you aren’t seeing many deer, or what if you see fewer and fewer deer as the hunting season progresses?

Why am I seeing fewer deer?

You may be seeing fewer bucks because movement during daylight hours (legal hours of shooting) declined from the start of the study through the end. Results suggest that buck observations may decline because bucks move less in general, so hunters aren’t able to see them. Bucks that moved more were in fact observed more often than bucks that moved less.

We found that collared bucks were not moving outside of their normal home range during the hunting season. However, they did use smaller home ranges during the hunting season. The use of these smaller areas were usually within a larger annual home range. Data suggests that when a buck detects a threat, from hunters for example, the buck may move less and confine his movement to smaller ranges. 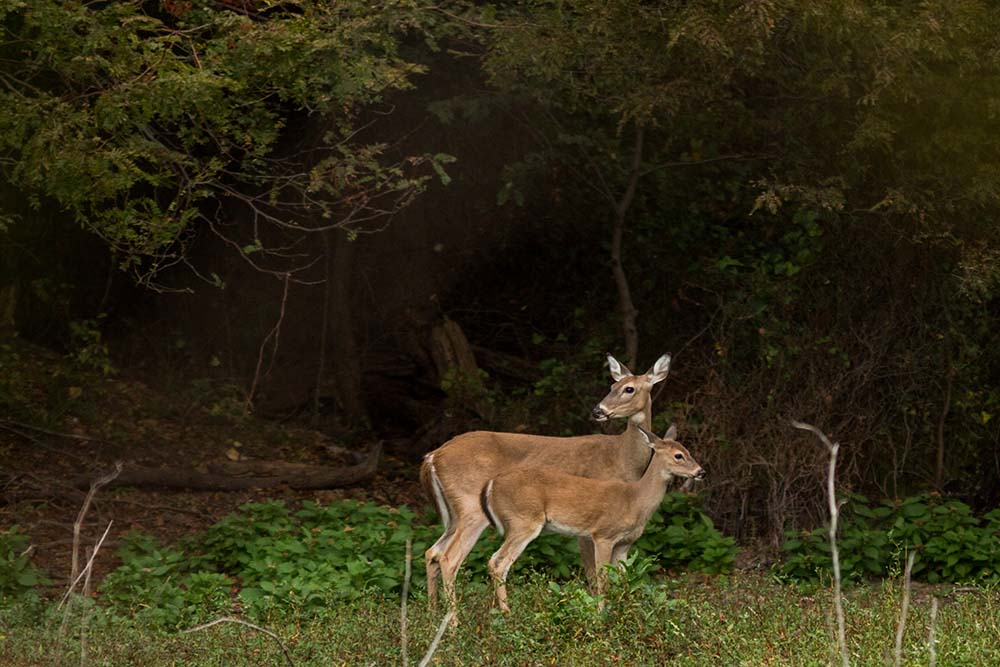 Noble Research Institute’s Oswalt Ranch in Southern Oklahoma is home to over 4,600 acres of wildlife habitat. The ranch is also used to graze cattle.

I am seeing fewer deer, so deer must be using a refuge.

We found a pattern of greater use in the low- and high-density units prior to the hunting season but greater use of the “refuge” area during hunting season compared to the two hunted units. The changes were not dramatic, meaning the bucks didn’t just leave an area to use the refuge. Considering how loyal bucks are to home ranges, a more likely explanation is the bucks using the refuge probably used it before the hunting season. These bucks likely just shifted their use within a home range to the refuge. The shifting of smaller home ranges could be one way deer find localized safety areas when hunters are afield.

Deer aren’t using areas they did before.

Analyzing habitat use of bucks during preseason and the hunting season revealed some very interesting trends. As we would guess, bucks did not use areas frequented by humans. Bucks avoided human developments and roads during the preseason and hunting season. Perhaps bucks figured out that hunters spent more time closer to roads because of access or ease of travel. Another feature bucks may use is ponds, but ponds can be selected by hunters too. Some hunters like to sit around ponds in wait of a buck to satisfy his thirst. During the preseason, bucks did tend to use areas closer to ponds, but this pattern changed during the hunting season when bucks started using areas farther away from ponds.

How do I decide where to hunt?

Now that hunting season has arrived, bucks have changed their habitat use to avoid detection. Now the areas you selected to hunt (hopefully the blue areas) are no longer the areas preferred by bucks.

Take a look at the second map based on the change in habitat use by bucks. We still see general consistencies in where bucks like to be, but some areas have completely shifted in how deer use them. In the southwest corner of the property, we have a low-use area that became a preferred-use area during hunting season.

The same pattern goes for high-use areas, where you would hunt. Maybe now it is an area that isn’t as preferred, like in the eastern portion of the study area. If you only hunt one stand and it’s in this area, then your chances of finding that dream buck may be diminishing with each passing day. Our recommendation is to continue camera surveys or scouting efforts throughout the season to monitor buck behavior but try to minimize disturbance to deer while in the field. Most importantly, be adaptive, which may mean changing stand locations.