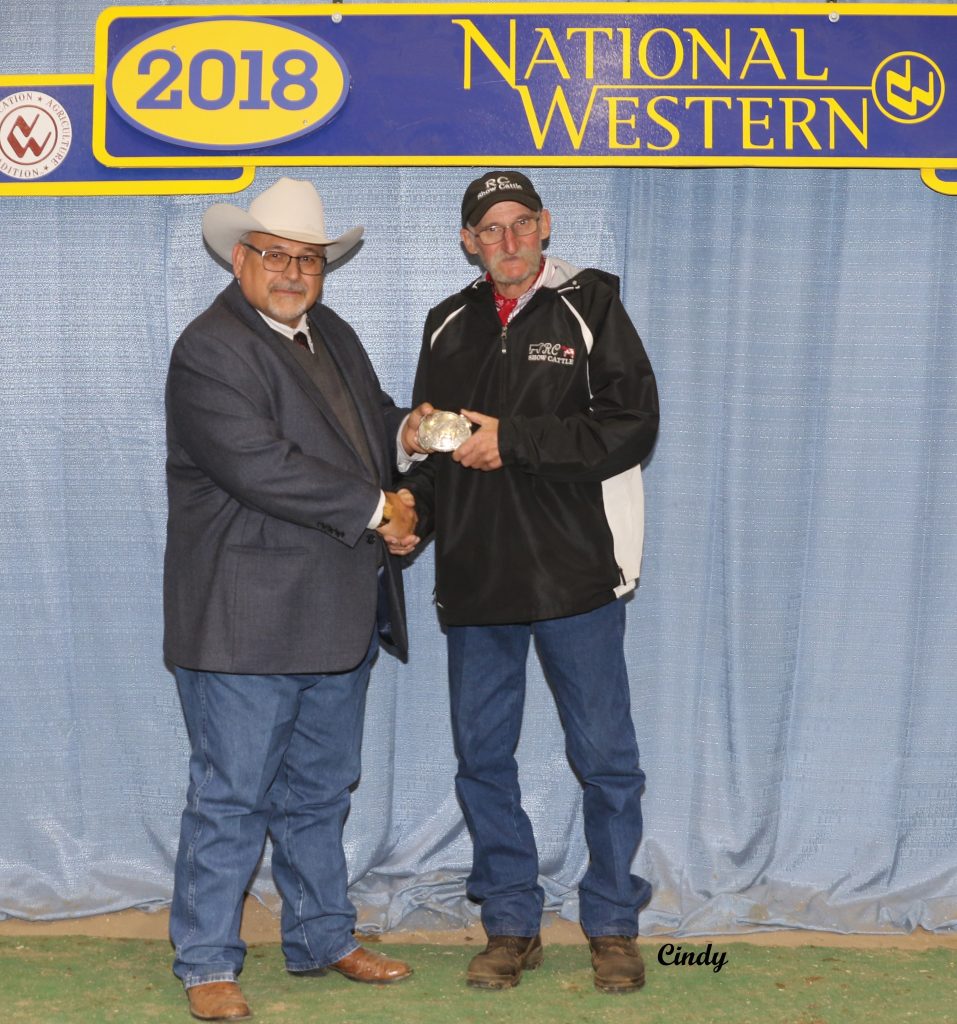 The 2018 Shorthorn Herdsman of the Year was awarded to Ron Rutan of RC Show Cattle in Eaton, Ohio. His long history of being involved in the Shorthorn breed began with his parents and grandparents raising Shorthorns. Rutan started RC Show Cattle with Christy Campbell in 1991 and from there he stayed actively involved with Shorthorns.

Rutan has taken cattle all over the country to many national shows over the years and in the last ten years he has displayed quite a few Shorthorn bulls in the yards at the National Western Stock Show.

“We bred the bull Damn Proud and when that bull came along Ron became even more enthusiastic about Shorthorns,” Campbell said.

Rutan has served as a director of the Ohio Shorthorn Association. RC Show Cattle also has an Annual Early Bird Sale on the Saturday of Labor Day weekend to auction their cattle.

Outside of being involved with Shorthorns, Rutan has owned and operated a fence construction business for the last 33 years as well as custom hoof trimming. Many people come from all over Ohio, Indiana and Kentucky to have Rutan trim hooves of their show cattle. Rutan also was Texas for a little bit in the 1970s and had a custom fitting service.

“We always are particular in picking a good string for Louisville,” Campbell said. “RC Show Cattle usually has 13 or 14 head there and people respect that. There are also not many people from Ohio that take cattle to Denver. Ron and Clair Bye took three head and came home with five banners. I would say that is pretty great. People also respect Ron’s quietness and that he isn’t arrogant.”

Rutan said the Shorthorn heritage goes way back in his genes and they were one of the first breeds he worked with growing up. Shorthorns have remained in his life but he enjoys working with all breeds of cattle.

“It was quite the honor to be selected as herdsman,” Rutan said. “It was a total surprise to be chosen. I never would have expected it. It is pretty gratifying to be recognized. I just work hard and do what I love.”