Who to watch in 2018 Farm Bill debate

Don’t expect too much movement on the 2018 Farm Bill this year.

“There are other priorities in Washington, so the farm policy discussion is in the queue, but it is not likely to get into writing until after the first of the year,” Julie Anna Potts, American Farm Bureau executive vice president, told a group during the recent Women in Agribusiness Summit in Minnesota. 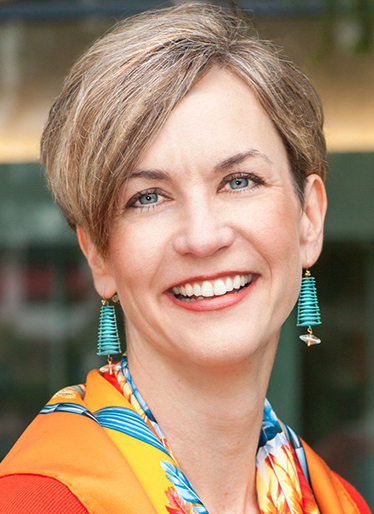 But when this complex, $1-trillion-over-10-years, omnibus piece of legislation gets moving, Potts says there are a few key players who can impact the discussion of the farm bill. Here are her thoughts on who is important during this year’s debate:

Rep. Mike Conaway (R-Texas; chairman, House Committee on Agriculture). Conaway was not chairman during the last farm bill, but Potts considers him “a mighty force.” He is a strong proponent for keeping farm spending where it is, and making reform on the nutrition title of the farm bill. As an accountant, he has a knack for numbers. Look for him to use his analytics during the process. He is very passionate man who understands the farm economy.

Speaker of the House, Rep. Paul Ryan (R-Wis.). Ryan’s interest is with SNAP (Supplemental Nutrition Assistance Program) reform. He supported reducing nutrition program spending. Look for Conaway to work with him on eligibility “reforms” that would be supported by House leadership.

Rep. Collin Peterson (D-Minn., ranking member, House Committee on Agriculture). Peterson has been a part of farm bill cycles in the past. He knows how to work across party lines. Potts considers him a blue-dog Democrat and says there are not many of those around anymore.

Sen. Pat Roberts (R-Kan., chairman, U.S. Agriculture, Nutrition and Forestry Committee). Roberts was in both the House and Senate as chairman and ranking member on numerous farm bills. He was a part of the 1996 Freedom to Farm Bill that provided direct payments to producers totally decoupled from what they were growing. “He is foursquare in favor of the crop insurance program and risk management programs,” Potts says.

Sen. Debbie Stabenow (D-Mich., ranking member, U.S. Agriculture, Nutrition and Forestry Committee). Stabenow was chairwoman of the committee during the last farm bill. Look for her to be strong on the environment, and energy programs. She is also supportive of commodity and conservation programs as well.

Sen. Charles Grassley (R-Iowa). Grassley has always had a strong interest in payment limits — limiting the kinds of payments based on means testing. Others who have expressed similar views to Grassley include Sen. Jeff Flake (R-Ariz.), Rep. John Duncan (R-Tenn.), and Sen. Jeanne Shaheen (D-N.H.)

Sen. Richard Durbin (D-Ill.). Durbin had a strong role in previous farm bills. This round, he talked of crop insurance as a place where there might be some cuts. “That does not sit well with our producers,” Potts says.

Sen. Kirsten Gillibrand (D-N.Y.). Look for Democrats to fight any cuts to nutrition assistance. Gillibrand will likely lead these efforts, as she did in the last farm bill. “She is a feisty fire for her beliefs and values, and will represent those issues well,” Potts adds.

Groups to watch
Critics of the farm bill, like the Environmental Working Group, will also bring an agenda to the debate. But Potts finds the Heritage Foundation is one to watch.

The Heritage Foundation’s web landing page points to its underlying philosophy, “Lawmakers should enact policies that allow farmers to base their crop-planting decisions on market demand, not government subsidies and regulations.” The group, according to Potts, wants to phase out all payments for commodities, and crop insurance premium discounts. “Their theory is that farmers are well off enough to handle market fluctuations,” Potts says.

The administration
“We have a president who doesn’t know much about ag,” Potts says. While President Donald Trump identifies with the rural base, she finds he can be unpredictable. Case in point — the North American Free Trade Agreement.

Just one day after confirmation of USDA Secretary Sonny Perdue, Trump announced he had plans to pull out of NAFTA. Everyone who sat in the room with Perdue the day before wondered what happened, she adds. “NAFTA has been good to America’s farmers and ranchers.” Potts adds. Trump since says he wants to renegotiate NAFTA. However, the exchange left uneasiness with some farmers and farm organizations.

“We are not sure how to approach him yet,” Potts says. “We are still working on that.”

The goal
Ultimately, the AFBF is working with commodity organization to secure the food system for America’s farmers, ranchers and consumers.

“It is essential that everyone who eats or feeds a family — everyone has a stake in the farm bill,” Potts says. “Everyone has a stake in a strong farm economy. We are trying to come together during an era of big deficits and shrinking budgets to come up with the best options to secure the environment, food and nutrition, as well as farmers and ranchers.”