What’s next in the beef price cycle?

We’re now nine years into the current beef price cycle. As we move toward the end of this price cycle and into the next price cycle, cattle producers need to take a good, hard look at where we are — and where we may be going over the next few years.

Throughout most of my professional career, I have encouraged ranchers to develop a management strategy that makes the cattle cycle work for them rather than against them. It is now time to develop that next plan again.

Economic value of a heifer calf

Contrast this with a 2013-born heifer that was developed in 2014 and started calving in 2015, 2016 etc. My observations were that market prices for bred heifers were just the opposite. Food for thought — nationally, we expanded the herd after the peak prices of 2014.

I plan to update this study in the near future and hope to write a Market Adviser column expanding on the details. For now, let me just say that during a price cycle, the time when a female calves has a major impact on the economic value of that female to a rancher.

Thus, I argue that ranchers need to have a general feel for where we are in the current beef price cycle — and even more importantly, where we might be going in the beef price cycle over the next several years.

Let’s take a look at the biological factors that cause cattle numbers to change.

As cattle producers respond to economic as well as weather forces, they collectively generate a group culling rate and a group replacement rate. These two collective rates tend to be different. Depending on the relative value of these two collective benchmark numbers, the beef cow herd either grows or decreases. 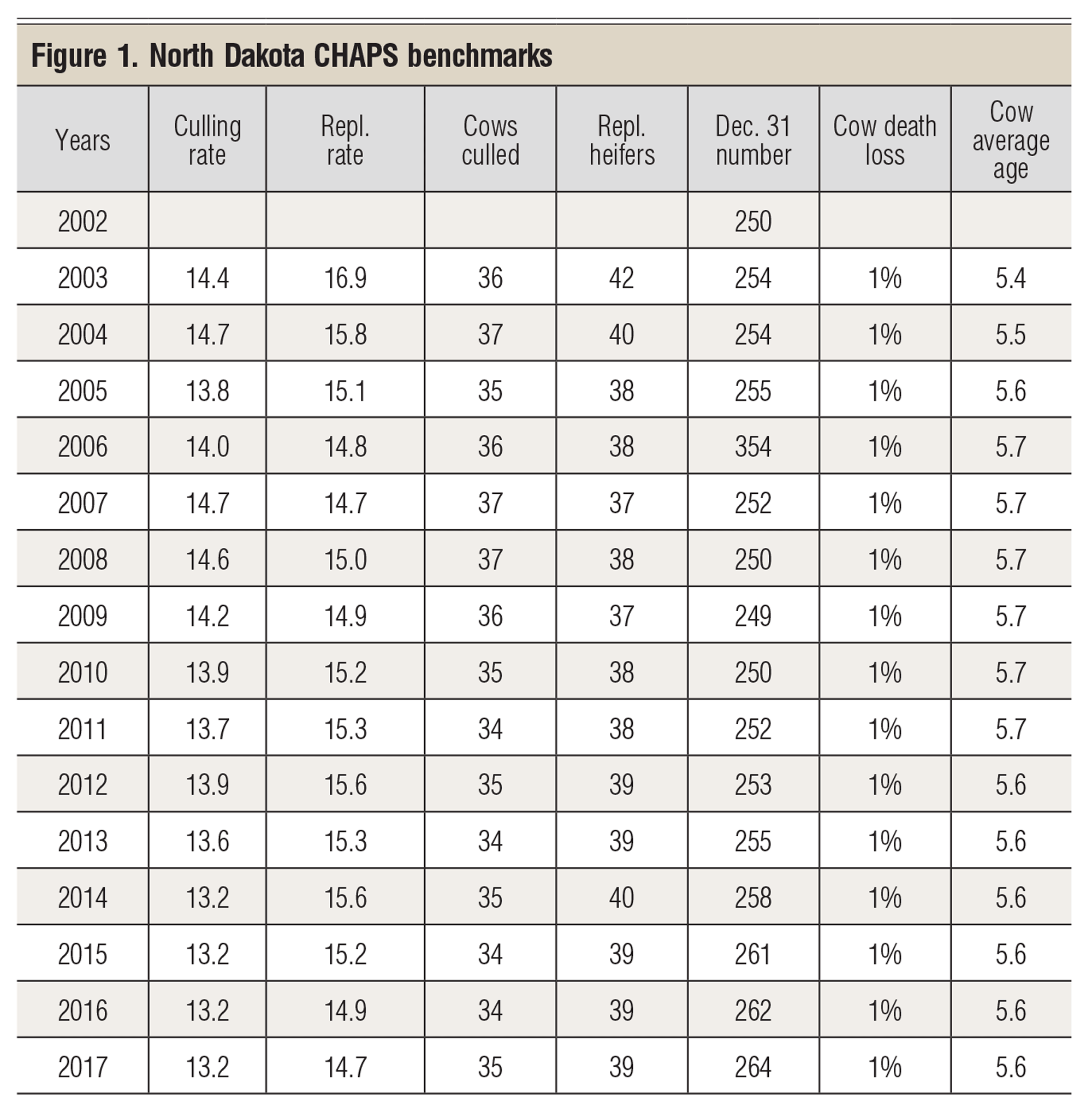 What if this herd started out in 2002 as a 250-cow herd and then followed the CHAPS database culling rates and replacement rates through time? Figure 2 presents the projected cow number pattern for my study herd from 2002 through 2017. If the rest of the nation follows this pattern, we have cattle cycles driven by culling rate and replacement rate. 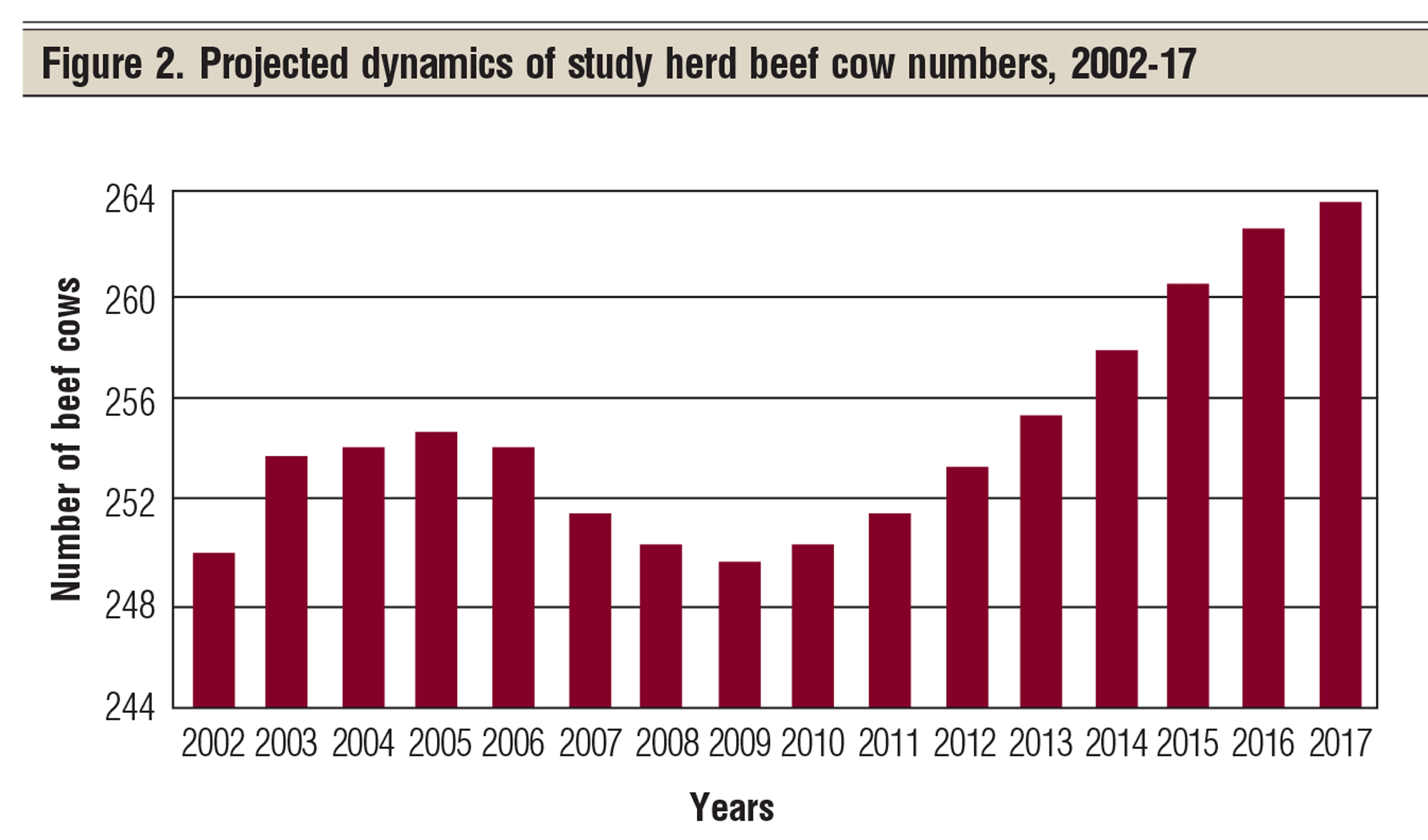 Let’s now expand our discussion to the national beef cow herd and the impact of the national culling rate and replacement rate. Figure 3 presents the U.S. total beef cow herd from 2007 through FAPRI’s projections out to 2026. FAPRI is the Food and Agricultural Policy Resource Institute at the University of Missouri.

These data suggest that since the low of 2014, beef cow numbers have been increasing. While it is hard to project future weather impact on the nation’s beef cow herd, the current projections are that beef cow numbers will again increase in 2018 and again in 2019 — albeit at a slower expansion rate.

The increase in cattle prices in November 2017 probably guarantees replacement rate will exceed the culling rate at least in 2018 and probably again in 2019. If this happens, herd expansion will surely put pressure on calf prices for the next couple of years.

I suggest that heifers born in 2018-19, which are developed, should calve during the peak of the next price cycle.