U of Illinois Economist: Is Corn Setting Up for a Rally? 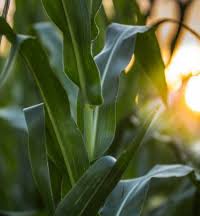 Corn futures prices moved lower last week despite the slow pace of corn planting thus far this year. High levels of corn consumption continue to peck away at the corn stocks carried over from last year’s production. When combined with a robust consumption scenario for the remainder of the year, the possibility of significantly lower corn production in 2018 creates a bullish outlook for corn prices.

Currently, the USDA projects corn production in Brazil and Argentina at 3.6 and 1.3 billion bushels respectively. The dry weather in Argentina hampered the corn crop this year, and production currently sits 300 million bushels below last year’s level. Developing dryness in southern Brazil over a substantial portion of the second-crop corn hints at the prospect of additional losses in Brazilian production. U.S. corn export strength should continue into the summer months and the 2018-19 marketing year with the continuation of modest corn prices.

When examining the current demand factors as a whole, consumption responded to low corn prices associated with large ending stocks. The USDA currently projects the carryover of old crop corn at 2.18 billion bushels. The prospect of corn prices rallying depends on new crop acreage and yield potential in 2018, despite the strong consumption currently evolving in the corn market.

The USDA’s March 29 Prospective Plantings report indicated intentions to plant 88.0 million acres of corn this year, 2.1 million fewer acres than planted last year. An exceptionally cold and wet April across large areas of the Corn Belt foreshadows the potential for acreage shifting out of corn and reduced yield potential associated with late planting. Planting progress over the next few weeks begins the process of building expectations on the magnitude of the 2018 crop and merit monitoring.

The USDA’s first projection for the 2018-19 marketing year will be unveiled on May 10. Uncertainty about the size of the 2018 corn crop will continue for the next few months.

While ending stocks this marketing year are large, a deteriorating South American corn crop and continued strong consumption levels provide a basis for price strength moving forward. Any issues with planting or the expectation of yield loss set up a scenario for a corn price rally as farmers prepare to move into the fields over large sections of the Corn Belt.