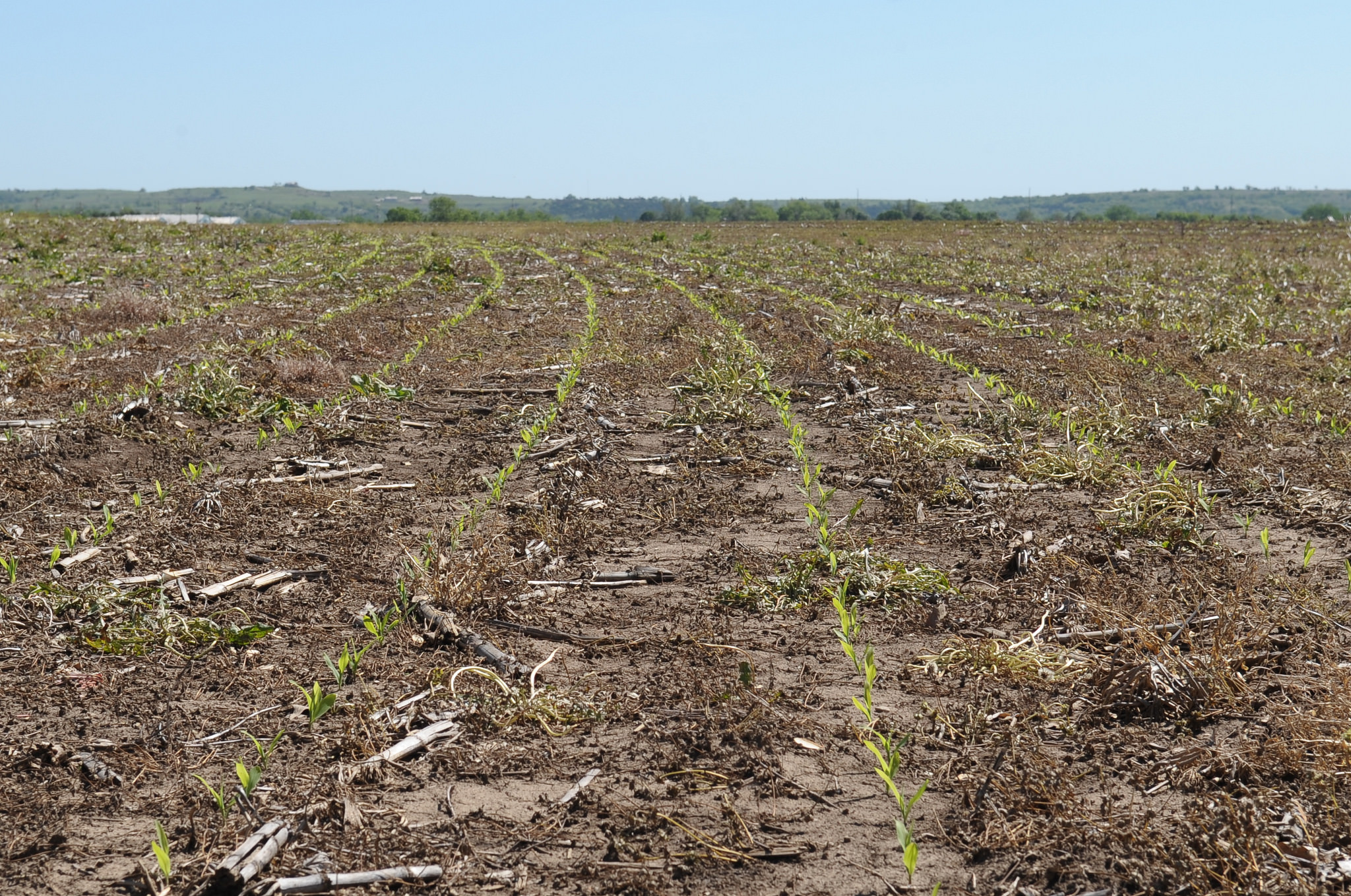 MANHATTAN, Kan. – Wheat growers in the semi-arid central Great Plains commonly leave their fields fallow for months at a time between crops, so moisture can build up in the soil to help grow subsequent crops. The lack of a crop for those months, however, has its drawbacks. Leaving fields fallow can lead to soil erosion, organic carbon depletion, degraded soil properties and increased operating costs.

Growing another kind of crop in place of fallow between wheat crops addresses some of those drawbacks, but also takes precious moisture out of the soil. K-State Research and Extension crop specialists John Holman and Augustine Obour and colleagues are working to determine if growing another crop, or cover crops, can provide enough benefits to the soil to offset the reduced soil water and inevitable lower wheat crop yields.

The K-State research examining different types of cover crops grown in a rotation with winter wheat started in Garden City in 2006. Studies have been expanded to K-State’s HB Ranch near Cedar Bluff reservoir in 2015 and several privately owned farms in western Kansas.

The research so far shows that net returns were cut by 50 percent to 100 percent by growing cover crops rather than leaving a field fallow between wheat crops, but it depended on what type of cover crops were grown. Net returns were increased 26 percent to 240 percent when a forage crop – one that can be grazed by livestock or harvested as hay or silage – was grown, so integrating annual forages into the fallow period in semiarid regions has the greatest potential for adoption, said Holman, who is based at the Southwest Research-Extension Center, Garden City.

“The work we are doing is identifying how to sustainably and economically consider growing cover crops in a moisture-limited environment,” Holman said. “The research is critical as it is the only real way to learn the long-term effects on cropping systems and soil. The studies also take into account weather variability such as wet versus dry and cool versus hot conditions, which impacts crop growth and effects of growing a cover crop. Long-term research like ours is needed to measure crop responses under a variable climate.”

Obour, who is based at the Agricultural Research Center–Hays, said, “Based on results from our studies, we think grazing or haying cover crops (using cover crops for forage) can provide economic benefits to offset the revenue loss associated with decreased crop yields when cover crops are grown ahead of a cash crop.

“Therefore, ongoing research at K-State’s HB Ranch is looking at forage production potential of cover crops (grazing or haying of cover crops) and quantifying the impacts of removing the cover crop for forage on weed suppression, crop yields and soil health,” Obour said.

That research is also looking at both spring and summer planting windows of cover crops in dryland systems.