State of the beef industry: Demand strong, headwinds on the horizon

With the holidays now in the rearview mirror, we’re back to some semblance of routine where the day-to-day grind avoids all the noise that occurs around holiday trade. That’s especially helpful when trying to make sense of the market.

And for those who like routine, the past few weeks are welcome relief—January didn’t provide any meaningful new signals that might knock the market off course. In general, the same themes are in place that have been at work for several months now. Most notably, bigger production and better prices are the key elements to focus on. At least that’s how I described it last month and not much has changed since.

To that end, fed trade ended December at mostly $122-123 per cwt. And for the most part, the market traded sideways for the next several weeks.

However, the end of the month, with some boost from winter weather, brought better prices. Fed trade jumped to $126-127 the last full week of the month and subsequently traded at $126 in the final days of January.

Related: What’s the real driver behind strong beef demand? The answer might surprise you

As such, the cattle market has now strung together 20 straight weeks of better year-over-year prices. That’s an important accomplishment. And as noted in January’s column, “…this market proves resilient; just when it appears there could be some tough weeks ahead, the market fights back.”

That resilience has enabled cattle feeders to put together the extended winning streak. And that’s enabled a set-up that appears very similar to last year. Recall the market traded higher all the way through the spring on the heels of improving demand (Figure 1).

Best of all, there are favorable signs for beef demand in the market. Consider that the four week moving average for beef production currently stands at 509 million pounds – that’s 21 million pounds ahead of the same period in 2017 (Figure 2). Again, same theme as prior months; the market will have to continue to absorb bigger supply going forward. 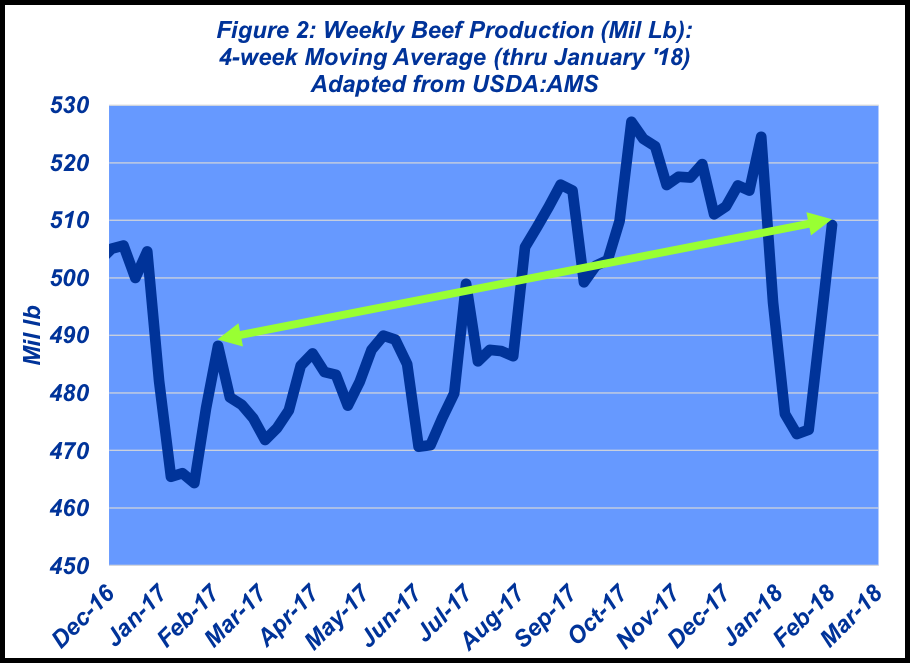 But not in this case. While production is running ahead of 2017, wholesale prices are, too. In fact, the Choice cutout moving average is nearly $16 per cwt more than last year (Figure 3). That’s the equivalent of nearly $150 per head. 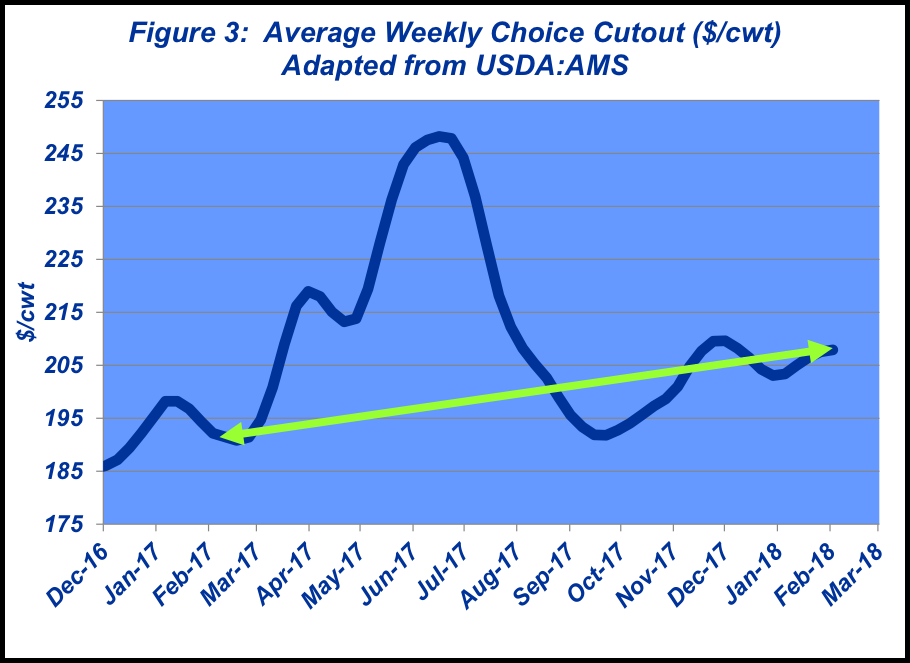 Stated another way, the beef industry is experiencing robust demand. The aggregate demand curve has moved up and to the right: more quantity, higher prices. As a reminder, demand is a function of five key factors: population, income, tastes/preferences, expectations, and price of other goods.

With that in mind, two things seem evident about the state of the industry right now. One, consumers are favoring beef – their tastes/preferences are allowing beef to win some pricing power in the market place. That’s been enabled by many years of hard work to improve the quality and consistency of the end product.

And two, consumer expectations are improving. Improving economic conditions serve the beef industry well and have seemingly underpinned its ability to take full advantage of better quality and consistency. When those two factors converge, the industry enjoys the run that’s currently occurring.

That’s all a good thing because there’s work ahead as we move into the spring market. In accordance with consistent themes, cattle feeders were busy again in December buying replacements. Feedyard arrivals came in at 1.8 million ahead – 1% ahead of 2016. December was the 10th straight month of bigger placements versus 2016. Meanwhile, the six-month placement total is 8% larger versus last year.

That means cattle feeders will need to keep marketings active. Compared with last year at this time, the feeding sector needs to work through an additional 840,000 head this spring versus 2017. Therefore, beef production will remain ample – and setbacks could prove dangerous.

Lastly, January also saw the Cattle inventory report from USDA. There weren’t any major surprises. Beef cow numbers now stand at 31.7 million head.  Most interesting to note, though, is the cow slaughter pattern through 2017. Seemingly, producers decelerated the normal rate in which cows came to town during the last quarter of the year.

The primary question surrounds the ‘why’ of that occurrence. Are producers truly hanging on to cows to rebuild the cowherd? Or did they see tax reform on the horizon and decide to defer income to 2018? Or some of both? We may get those questions answered during the next several months.

This column always focuses on risk. The stock market decline in early February underscores the importance of risk management. Algorithms and electronic trading can make for violent moves, regardless of what’s being traded.

With that in mind, producers are always encouraged to be aggressive about obtaining and analyzing meaningful information. Doing so helps to ensure against being too reactive while making successful business decisions going forward – within the framework of one’s respective risk profile. 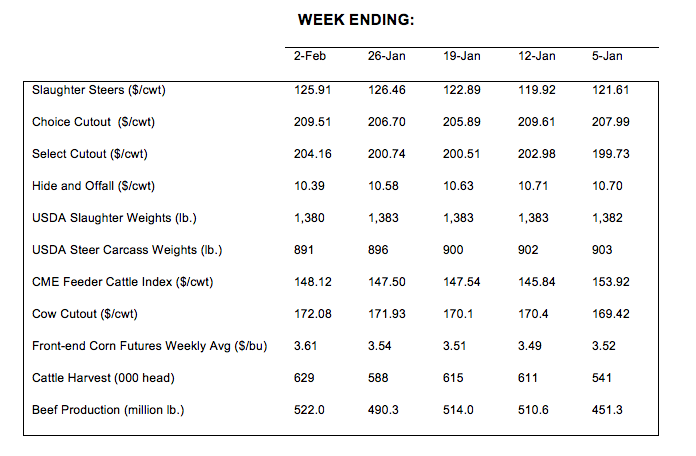