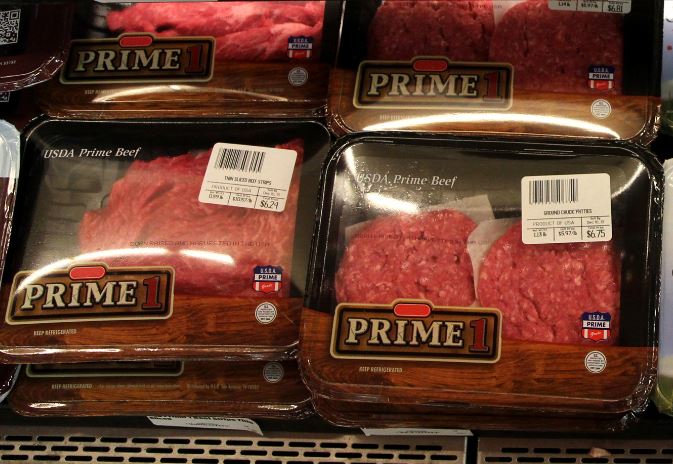 Study indicates no effect to flavor, tenderness or shelf life

MANHATTAN, Kan. – Dennis Nuttelman was pretty sure that the Omega 3-enriched beef and pork he was selling from a family farm in Nebraska was not only healthy, but consumers would also think it tasted pretty good.

Now, research from Kansas State University is telling him he is right.

Meat scientists at the university are reporting results of a study that indicates that Omega 3 enriched meat maintains its flavor, tenderness and shelf life just as well as meat that is not enriched with the beneficial fatty acid.

The human body needs Omega 3 fatty acids to function, but they also have been proven to provide substantial health benefits. The U.S. National Institutes of Health reports that some of the benefits of a diet rich in Omega 3 fatty acids include a lower risk of heart disease, some cancers, age-related macular degeneration, rheumatoid arthritis and possibly even Alzheimer’s disease.

Omega 3 fatty acids have also been shown to improve a baby’s health and development when the mother’s diet includes them during pregnancy and breastfeeding.

John Gonzalez, a meat scientist at Kansas State University, said a past problem with simply adding Omega 3 fatty acids to animals’ diet is that it would cause an off-flavor or accelerate discoloration in consumer meat from that animal.

“The figure that has been thrown out in the history of meat science for the past 20 years is that $1 billion per year is lost just on meat being thrown away from being discolored,” Gonzalez said. “If you actually increase Omega 3’s and it has a negative effect, that’s a bad thing because you may be able to sell for a greater price, but you have to throw away more of your products.”

Those concerns related to feeding Omega 3 enriched diets to pigs and cows may soon go away with K-State’s recent findings.

The university tested meat from animals fed Omega 3’s in a patented process called LIPEX and developed by XFE Products of Des Moines, Iowa. The diet was fed to animals at Omega 3 Family Farms of Columbus, Nebraska, where Nuttelman is the farm director.

Gonzalez and the K-State meat scientists found that the Omega 3 content in the consumer meat product increased by 178 percent. Subsequent taste tests with trained panelists showed that there was no reported difference in the taste, color, tenderness or shelf life of the meat.

Nuttelman said that his business had tested meat products for more than 15 years with Midwest Labs of Omaha, Nebraska, but had not previously worked with a public university to verify the benefits of the Omega 3 products.

He added that the patented feeding process that his company uses has increased marbling in the meat, which adds flavor.

“We believe the work that K-State did for our farm and for XFE Products will bring real value to our programs,” Nuttelman said. “I believe that consumers can look for this product in order to receive very good Omega 3 levels in their diet, and for sure the taste will be great.”