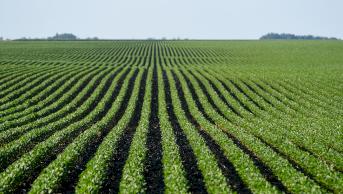 “The Iowa Soybean Association board of directors unanimously approved joining as a co-plaintiff in the legal challenge to California’s Proposition 65 and the listing of glyphosate as a carcinogen. The International Agency for Research on Cancer’s (IARC) arbitrary determination that glyphosate negatively impacts consumers and food producers sets a dangerous precedent and threatens the continued availability of other valuable food production tools.

“The unreasonable listing by the California Office of Environmental Health Hazard Assessment of glyphosate as a carcinogen as compelled by Prop 65 violates the First Amendment of the U.S. Constitution because it compels the plaintiffs in the case to make false, misleading and highly controversial statements about their products.

“Should labeling proceed, the ripple effect could mean environmental concerns, increased production costs – to be passed along to the consumer – and a threat to the viability of the state and country’s soybean crop given intensified weed pressures. This could be a devastating blow to Iowa soybean farmers and an industry valued at more than $5 billion.

“Glyphosate is one of the safest herbicides ever developed and has been rigorously tested by the U.S. government for decades, continually passing as non-carcinogenic. The determination by IARC, a France-based, non-scientific organization, that glyphosate is ‘probably carcinogenic’ counters the conclusion of every global regulator that has examined the issue over the past 40 years.

“Not only does the scientific community disagree with IARC’s findings, the organization’s internal process for reviewing glyphosate – along with other ‘possible’ or ‘probable carcinogens’ like French fries and coffee – has also been roundly criticized.

“The Iowa Soybean Association is proud to join other plaintiffs, including the Agribusiness Association of Iowa, in defending farmers, science and a safe and abundant food supply.”