How to Properly Stock and Manage Channel Catfish

Channel catfish is one of the three most commonly stocked fish species in Southern Great Plains (largemouth bass and bluegill are the others).

Channel catfish is the primary target fish species in some ponds and one of several sport fish species in other ponds. In ponds where channel catfish is the primary focus, management strategy varies depending whether a pond permanently holds water or is periodically drained. This article focuses on ponds with permanent water because this type of catfish pond is more common in the Southern Great Plains.

Ponds with permanent water require largemouth bass to prevent catfish overpopulation and stunting. A single female channel catfish can spawn 2,000 to 50,000 young. Each pond supports a limited number of catfish per acre, so channel catfish commonly becomes overpopulated without bass.

Stocking only channel catfish and largemouth bass is a great option for managing ponds smaller than one-half acre where bass-bluegill management can be difficult. This also is an option for larger ponds when a pond manager primarily wants a channel catfish fishery.

Initial channel catfish stocking rate usually is 100 fingerlings per surface acre (i.e., 10 per 1/10 acre) in ponds that are not fed or fed inconsistently. Channel catfish grow fine without feeding in most ponds when stocked at 100 or fewer per acre. Stocking more than 100 channel catfish per acre in unfed or inconsistently fed ponds typically results in somewhat stunted catfish.

In ponds larger than one-half acre without fish, where channel catfish is not the focal species but one of several sport fish species, typically small fingerling channel catfish and bream species (e.g., bluegill, redear sunfish or hybrid sunfish) initially are stocked at approximately 100 and 500 per acre, respectively, during late summer or early fall. Then depending on bass goals, 40 to 100 small fingerling largemouth bass per acre are stocked during the following spring.

Channel catfish fry do not recruit well in ponds where significant numbers of adult largemouth bass exist. Catfish may spawn in such ponds, but adult bass consume most, if not all, catfish fry and fingerlings. Thus, advanced fingerling channel catfish must be periodically stocked to maintain catfish fisheries in ponds with bass. 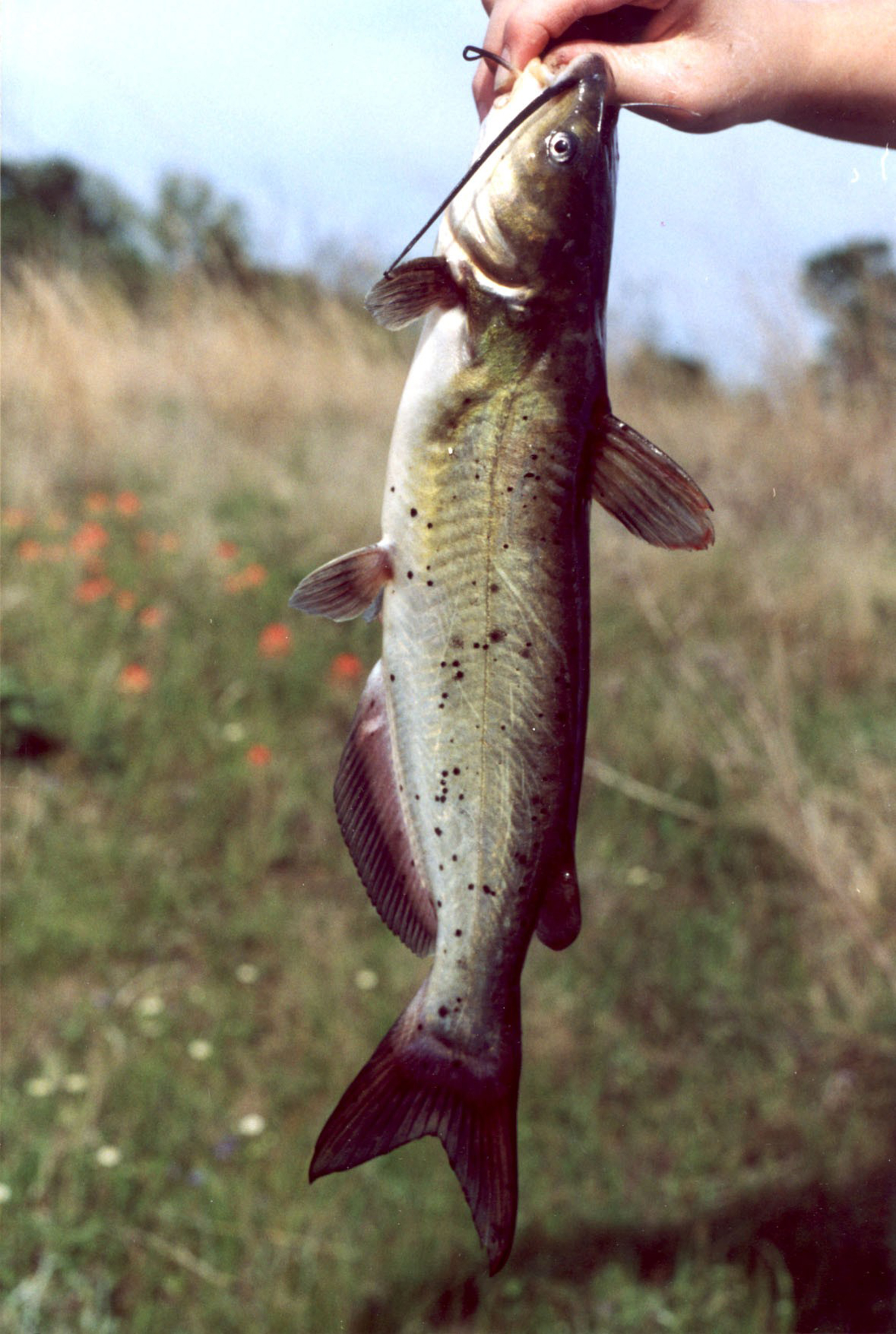