How to improve calf vigor in late gestation

It’s about to get exciting around your cattle operation. Carefully planned mating decisions, breeding and waiting for those offspring to arrive mean producers will soon have new born calves bouncing around the lot. Or will they? Calf vigor is the combination of many factors with cow nutrition during the last 60 days of gestation topping the list.

Cow energy requirements are at their highest the last month prior to calving through peak-lactation, as the calf is in the final stages of development and continues to grow with nourishment from the cow. The calf is typically only 10 pounds at 120 days of gestation; 90% or more of its fetal growth takes place the last four months of gestation with most of that occurring the last 2 months.

“A lot of producers are afraid to feed adequate protein and energy in late gestation in fear of creating a bigger calf,” said Kevin Glaubius, Director of Nutrition for BioZyme® Inc. “However, the research shows that aiding her requirement as a priority doesn’t increase the calving difficulty because we have a stronger cow and she can have a stronger calf. Producers might see birth weight increase 2-3 pounds, but those pounds don’t correlate to more calving difficulty.”

The Benefits of Increased Energy

The first thing Glaubius suggests to producers is to get cows on a lactation ration one month prior to calving to help them increase energy required to calve and produce milk. That ration should provide adequate energy and protein to the cow in her final days of fetal development.

If adequate energy and protein are not provided to the cow, calf vigor and cow nutrition are both sacrificed. The cow will calve with a less than desirable body condition score, start nursing a calf and lose more weight, resulting in prolonged breed-back.

If the cow is too weak from decreased energy, she might also be too weak to calve unassisted. A weak-calving cow often drops a weaker calf because that calf has spent extra time in the birth canal, and might not get up and readily nurse on its own. It is important to get that calf up and nursing within the first hour to get the best colostrum into its system to help build immunity.

Colostrum production is directly related to protein. A cow that is deficient in protein won’t produce as high of quality colostrum, which can lower the calf’s immunity and cause more sickness after it’s born. One common cause of early calf-hood scours could be a combination of weakened immunity and lower quality colostrum and milk from low energy and protein in the cow’s diet.

“Getting your cows in a dry, protected area with good bedding where they can maintain that dry fluffy haircoat is just as critical as increasing the energy density of the diet,” Glaubius said.

When it comes to increasing the energy density of the diet, producers need to consider testing their available forage. The recommended protein level for optimum colostrum production is 9%. Once the producer knows the nutrient levels of existing forages they can add proper supplementation via added grain or mineral supplements or feeding higher quality hay. 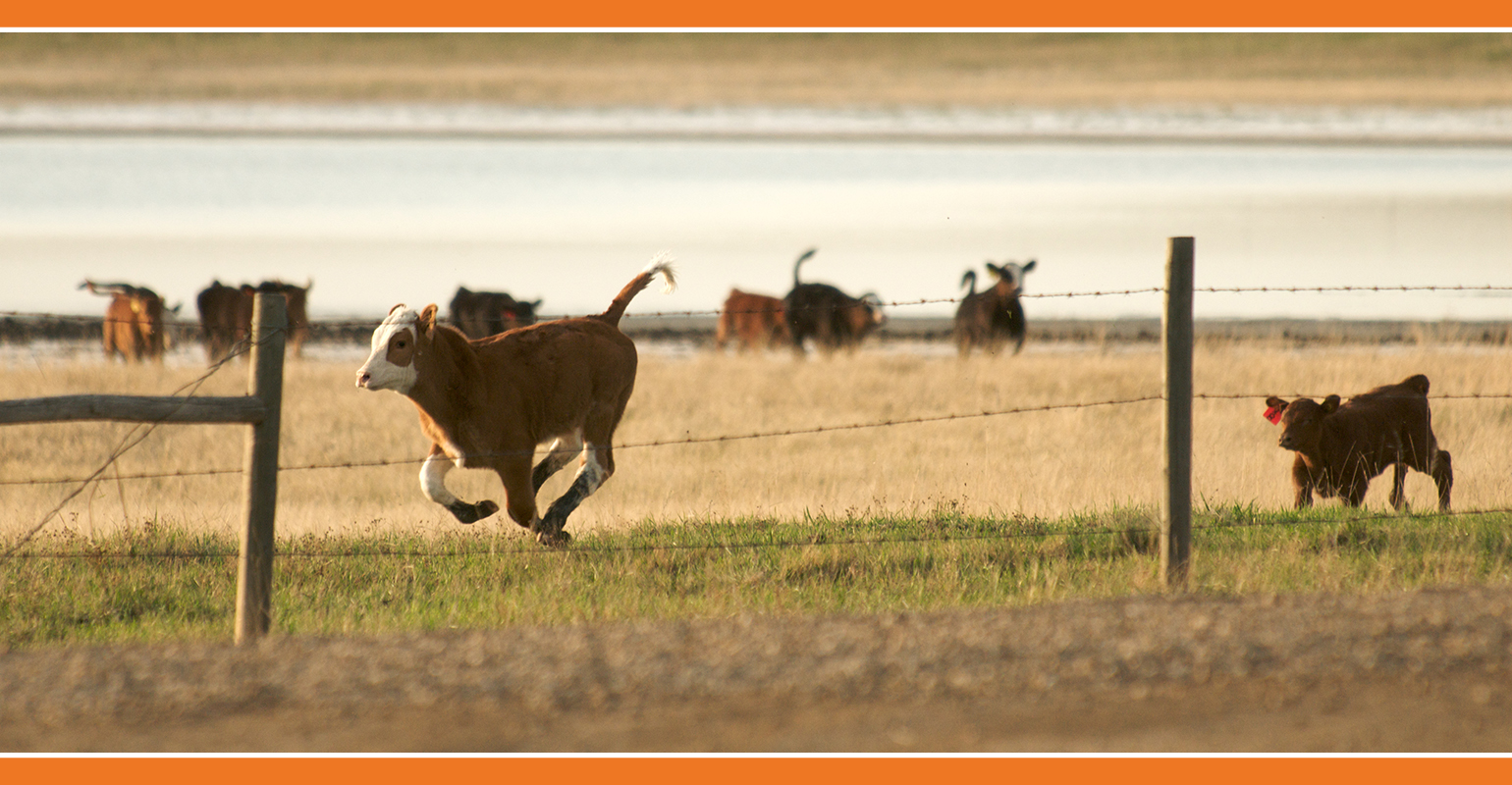 All BioZyme products contain Amaferm®, a natural prebiotic designed to maximize the nutritional value of feed, that is shown to increase digestibility and intake while maximizing absorption. It is research-proven to increase the energy available to the animal resulting in more milk production as well as to the ability to initiate and maintain pregnancy and fertility. The Amaferm advantage makes any of the Concept•Aid® line work effective in the cow’s diet prior to calving.

“The producer has two options, to increase energy density of the diet or he has to increase her intake,” Glaubius said. “A cow one month prior to calving with 80-90 pounds of calf inside of her doesn’t have the physical capacity to be able to increase her intake by 60%, so the cow takes energy from her body and supports that calf, and we end up with a period where that cow might be losing a couple of pounds a day to support that calf. They can go backwards faster than we think.”

The reproductive age of the female is another factor to consider when deciding between increasing intake and adding supplementation. Glaubius reminds that first-calf heifers, especially in late gestation with a big calf inside them, will require extra grain. She simply doesn’t have the luxury of increasing intake, so it is best to keep first-time calvers separate from the cows and provide them extra grain.

Cow energy in late gestation impacts the ease of calf delivery, calf vigor at birth and the time of breed-back for the cow. Be sure to provide adequate energy and protein the last 30-60 days of gestation so you can watch those new calves run around the lot, and see your best management practices pay off.