Herefords to Set Records in Denver 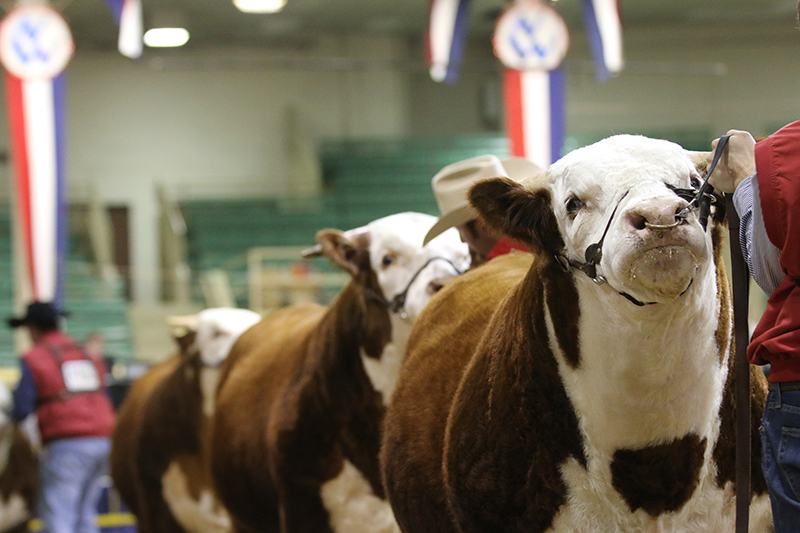 The Hereford breed will set another record at the National Western Stock Show in Denver Jan. 10-13 for the second year in-a-row.

Nine carloads, 37 pens of heifers and 57 pens of bulls will be exhibited in the Yard show, which is also up from the previous year.

“The Hereford breed continues to grow and dominate on the national stage,” said Bailey Clanton, AHA national shows coordinator and youth activities assistant. “We are looking forward to another great year at the National Western with record numbers. Safe travels to all heading to the Mile High City.”

The Junior Hereford Show will kick off the week beginning at 8 a.m. Wednesday, Jan. 10. The National Hereford Bull Show will take place on Thursday, Jan. 11 at 8 a.m. at Stadium Arena. Producers are encouraged to attend The Mile High Eve Frozen Hereford Genetics Sale at 7:30 p.m. on Thursday at the Doubletree Denver – Stapleton North. Hereford Pen of Heifers Show will begin at 8 a.m. followed by the Hereford Pen/Carload Bull Show at 9:30 a.m. on Jan. 12. The Mile High Night National Hereford Sale will take place at Stadium Arena on Friday at 6:30 p.m. Concluding the schedule of events will be the National Hereford Female Show which will begin at 8 a.m. on Jan. 13.

To view a full schedule of NWSS Events, please click below.