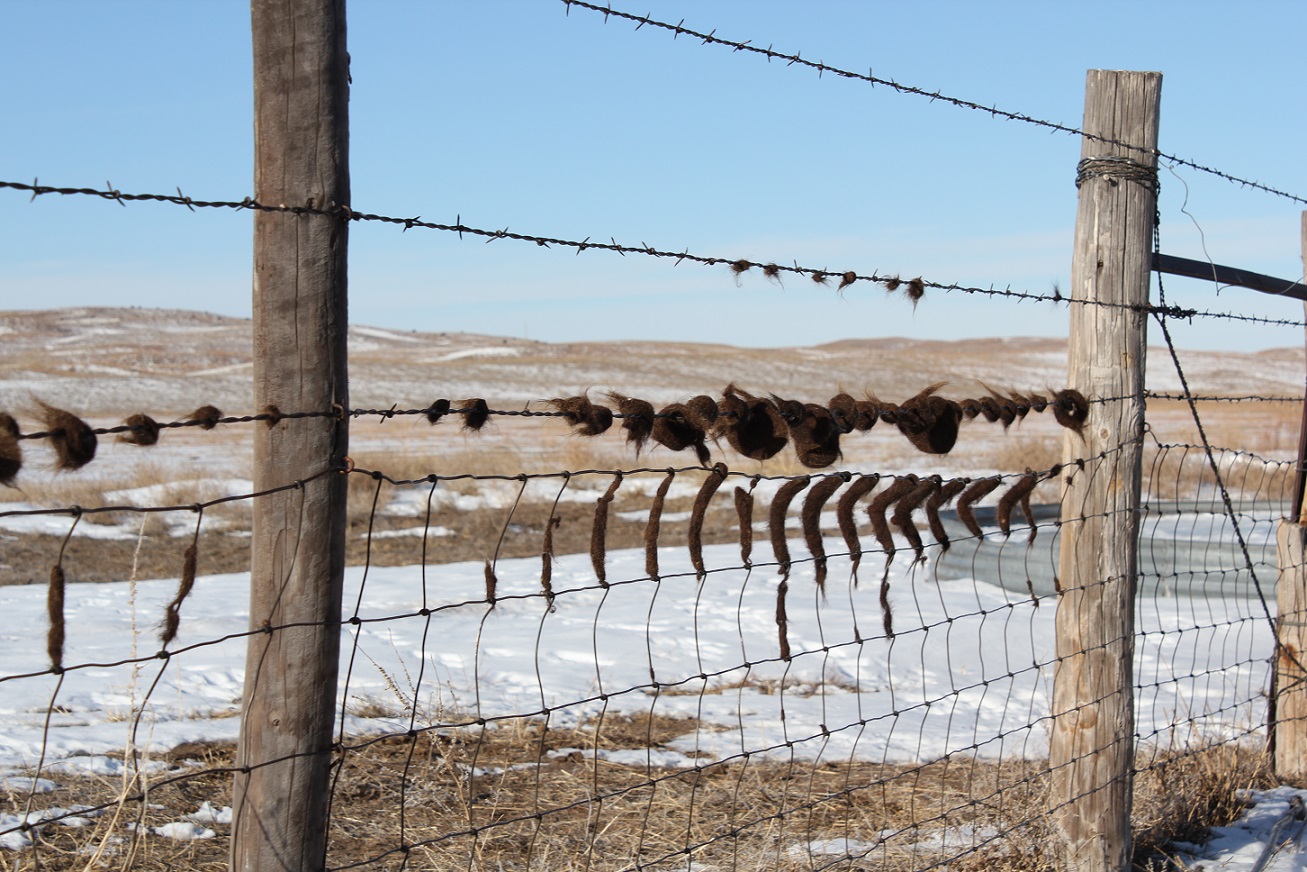 As livestock producers start planning for fall weaning, pregnancy observation, and vaccinations they often will apply an endectocide treatment for internal and external parasites such as cattle lice. While this practice is efficacious for most internal parasites and horn flies, it does not always completely control a cattle louse problem. Cattle lice are a cold weather insect, thriving during wintery conditions. During summer months cattle lice undergo a process called estivation (a period of dormancy) when their reproduction is reduced significantly. If fall temperatures (September, October, and mid-November) are above 78° F, cattle skin temperature will exceed 100° F and suppress louse development. Thus, if endectocide treatments are applied too early during a warm extended fall, such as we saw in 2016, lice will be developing slowly and can largely escape the endectocide treatment. Later when cold weather does set in, lice outbreaks can occur if the endectocide has broken down. Livestock producers who utilize a fall treatment strategy should monitor their cattle for signs of lice especially during the months of December, January, and February.

In Nebraska we can encounter four different cattle lice species. The biting or chewing louse (little red) Bovicola (Damalinia) bovis, is reddish brown in color with dark bands running transversally across the body (Figure 1 http://go.unl.edu/mmvu). Typically the chewing louse feeds on hair, skin, skin exudates and debris near the skin surface. This species is initially found on the shoulder, top line, and back, but as populations increase, can be found on the sides and sometimes over the whole animal.

The other three species are sucking lice, which feed on blood, and can cause irritation, anemia, impact weight gain, and even death in extreme cases.

The short-nose cattle louse, Haematopinus eurysternus, is the largest louse (Figure 2 http://go.unl.edu/d4za) at 3-5 mm in length and is typically found on older animals, but can be found on any age or breed of cattle. This species can usually be found in the neck region, dewlap, back, and base of tail.

The long-nose cattle louse, Linognathus vituli, is about 2.5 mm in length, bluish in color (Figure 3 http://go.unl.edu/rue3) and differs from other louse species by its long slender head. This louse can be found on the dewlap, shoulders, sides of neck and rump, but when numbers are high, they can be found over the entire body.

The little blue cattle louse, Solenopotes capillatus (Figure 4 http://go.unl.edu/7wcu) is about 1-2 mm in length, bluish in color, and smallest of the sucking lice species. It often can be found in dense patches on the dewlap, muzzle, around eyes, and neck. Heavy populations can greatly impact cattle weight gains.

Nebraska cattle are usually infested with more than one species of louse and calves, yearlings and older poor conditioned cattle usually have the heaviest lice infestations. Heavy louse populations can lower milk production, stunt growth, cause hair loss, an unthrifty appearance and anemia.

University of Nebraska and other studies indicate heavy lice populations (more than 10 lice/inch2) may reduce calf weight gains by as much as 0.21 lb/day. These studies also indicate calves fed at a higher nutrition level had lower lice populations and were affected less severely by lice than calves fed a maintenance ration.

Cattle louse treatment products fall into several categories: animal sprays, non-systemic (contact) pour-on, and endectocides (systemic pour-on, absorbed internally and systemic injectable). Some non-systemic pour-ons require just one application and some require two applications spaced 14 days apart. Systemic injectables work better on the three species of sucking lice than on the little red chewing louse. A systemic pour-on can effectively kill both chewing and sucking lice. Use of systemic control products between Nov. 1 and Feb. 1 is not advised as they may cause a host-parasite reaction from killing developing cattle grubs while they are in the esophagus or spinal canal of the animal. A systemic product used during fall weaning will not be a problem. Producers who did not use a systemic during fall weaning, should consider using only non-systemic control products during this November to February time frame. If replacement animals are brought into a herd during the winter months they should be examined for lice. If present, the animals should be isolated and treated before introduction into the existing herd.

Insecticide treatments, regardless of application method, should be rotated through IRAC Insecticide Mode of Action groups (MoA) to reduce the likelihood of developing resistance. Continual use of products from a single numbered group against a pest species can lead to reduced control (resistance to all products in the group). To reduce control failures due to insecticide resistance, do not apply pesticides within the same group number repeatedly. The recommended management practice to manage resistance is to alternate insecticide classes, and that applies to animal sprays, dusts, non-systemic pour-ons, and endectocides (injectable and pour-on formulations).