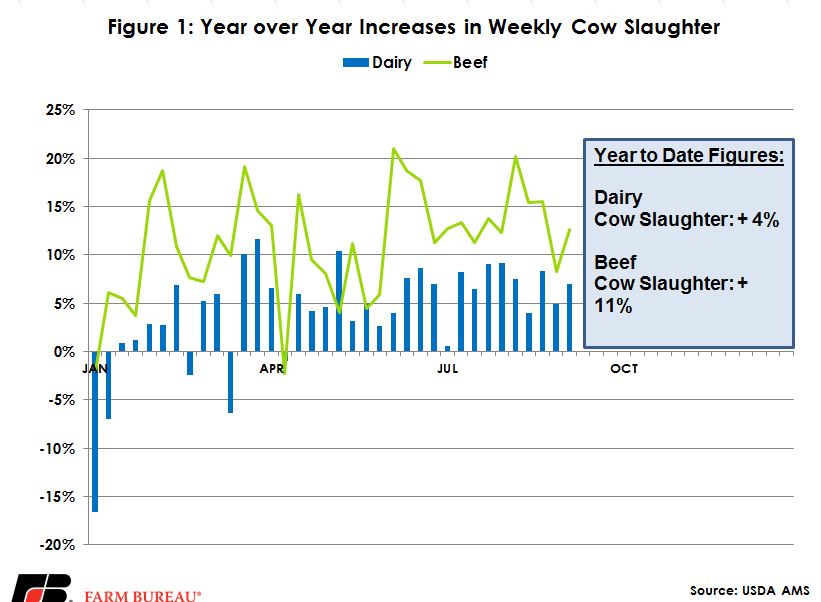 The increase in cow slaughter, particularly on the beef side, comes a little early this year. Many cow-calf operations time weaning in the fall months, skewing the trend of increased cow slaughter until much later in the year.  This can be seen in the seasonal decline in cull cow prices, which typically are the lowest in fourth quarter.  At least some of the reason behind this early surge in beef cow slaughter is the northern Plains drought, which has been in the background of this cattle market since June, see Figure 2.  This not only caused cattle on rangeland to come to market faster, but it also likely shortened the window for when producers pregnancy check and opted to cull cows in a limited feed situation.