Industry At A Glance is highlighting several key economic indicators in the final weeks of 2017.  Last week’s column highlighted the current employment situation. And next week’s focus will surround the current state of S&P earnings. Meanwhile, this week’s illustration highlights general consumer sentiment as we close out the year.

The initial reading for December stands at 96.8 (the final reading will occur during the final week of the month). That monthly reading is off slightly from November’s final number at 98.5. However, more importantly, December’s sentiment reading is right in line with the 12-month moving average.

To that end, the 12-month moving average now stands at its highest level since July 2001. So never mind the monthly noise; it appears that consumers are feeling positive about the current state of the economy and have held that general outlook during the past year. 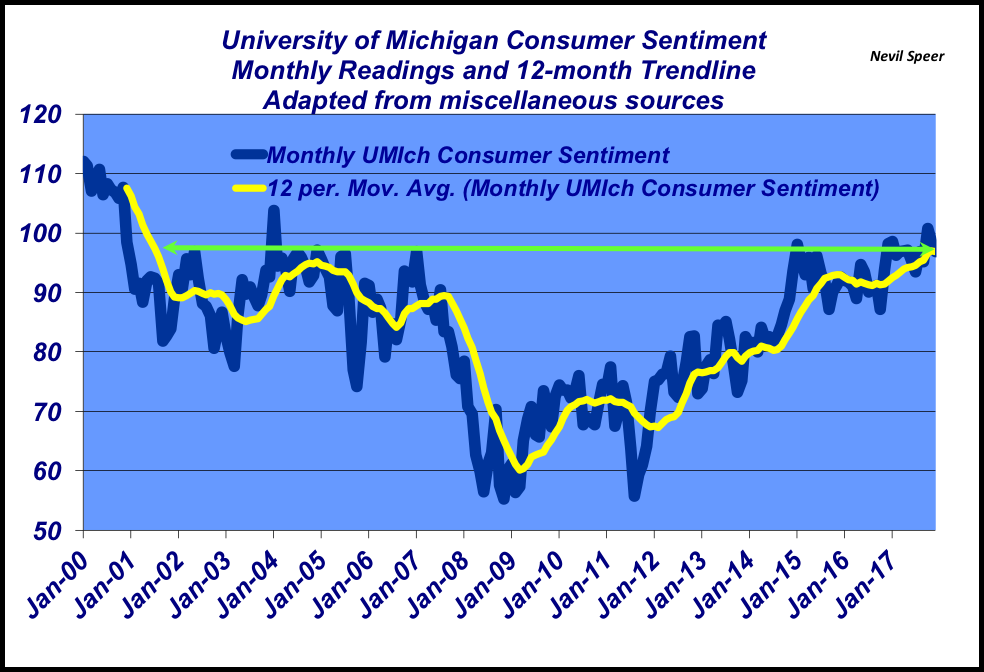 That’s an important development: as noted last week, one of the key components for demand of any product, including beef, involves consumer expectations; in general, better expectations translates to stronger demand, all other things being equal.

What’s your general assessment of the state of the economy? Is your sentiment consistent with the survey readings? How do you perceive this general view of the economy by consumers playing out in 2018? Will consumers spending remain robust as we come out of the holiday season? How might this translate for beef demand in 2018? Leave your thoughts in the comments section below.