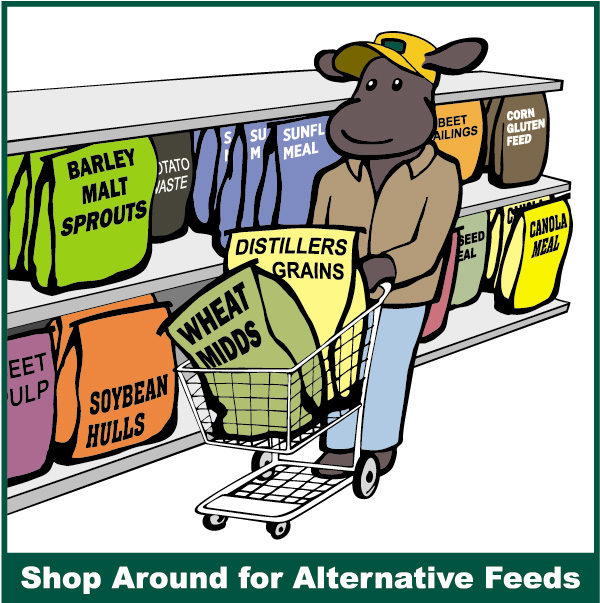 This year’s challenge for the beef manager is finding the balance among winter demands, feed inventory and cattle inventory.

Managing feed resources is the biggest challenge when winter weather changes daily, and so do cattle feed needs.

This year’s challenge for the beef manager is finding the balance among winter demands, feed inventory and cattle inventory. Because of last summer’s dry weather, hay is in short supply. The issue was alleviated somewhat by nice fall weather, which extended grazing opportunities on crop aftermath.

When winter officially arrived, the waves of cold were real. A short January thaw has been a reprieve, and before one knows, thoughts of spring will start to churn.

The challenge for beef producers is keeping enough cattle around to utilize next summer’s grazing opportunities while not knowing if moisture is on the way. On the other hand, not selling enough cattle may bring a critical shortage of feed at a very critical time in the life of a cow, just prior to calving and early lactation. Now is the time to evaluate feed inventory and fine-tune the anticipated nutritional inputs, keeping in mind the potential for a change in winter weather.

Anticipated feed disappearance generally is calculated based on average weather, along with average intake, and each day closer to grass makes the producer more comfortable. Still, the question will remain: Does feed inventory match cattle inventory?

One answer is to seek advice about alternative feedstuffs to help offset forage needs until the operation reaches a May 1 grass turnout. As has been noted many times, the purchase of hay above operational historical levels should be a last resort when transportation costs are high. Now is the time to call a nutritionist to seek more feed options and do some homework.

He said, “When forage production is limited on the ranch, cattle will still need feed. While selling off part of the cow herd inventory is an option, most ranchers will opt to buy additional feed. Purchasing hay is certainly an option. However, the cost of freight, the time needed to haul and regionally high prices for hay lead to seeking more competitive feedstuffs.”

I asked Hoppe what that meant.

“Many livestock producers are very fortunate, as areas that produce more crops have increased the number of grain-processing plants that produce coproduct feeds,” he replied. “These feeds are usually higher in energy content than hay and contain a higher amount of protein. In general, coproducts also have a high concentration of phosphorous but a very low level of calcium. Rations should be balanced and calcium added if needed.”

I noted the challenge is just like hay and transportation costs. However, the transportation cost per unit of nutrient should be less when purchasing a more energy-dense feed. At the Dickinson Research Extension Center this year, the cows may be cleaning up the hay reserves by mid-April, two weeks short of grass turnout.

I asked Hoppe whether coproducts would be priced right and have the needed nutrients to make up the difference in feed need if the center started substituting coproducts for hay as the winter moves on.

“Coproduct price usually follows the grain market price,” Hoppe noted. “Distillers grain is usually traded at 100 to 120 percent of the value of corn per ton, is easier to haul, compared with hay, and generally is available at local ethanol plants.

“Wheat midds are a 15 to 18 percent crude protein coproduct produced from wheat or durum mills,” he said. “Midds can be pelleted or meal. Wheat midds are priced similarly to corn per ton, or at a 10 to 15 percent discount. Energy content is about 15 percent less than corn.”

“There are many other coproducts available in areas that have significant crop production,” Hoppe said. “These include barley malt sprouts, soybean hulls, corn gluten feed, beet pulp (dried and pelleted, pressed or wet), beet tailings and potato waste. Also produced by oilseed crushing plants in the upper Great Plains are high-protein feeds such as canola meal, sunflower meal, linseed meal and soybean meal.”

Hoppe also noted: “Coproduct feeds are all unique and have individual differences that influence usability. High moisture limits how far it can be economically hauled, and prices go up when demand is increased. Ranchers are quick to realize that contracting now for later delivery might lead to a better price.”

Cattle are ruminants and they can consume more than forage, so balance a ration, watch transportation costs and shop around.