Let’s take a look at some marketing alternatives for 2017 calves. To set the stage, consider a recent BEEF magazine survey question on calf marketing. In summary, 36% of survey respondents sold their calves at weaning. The most popular marketing alternative was backgrounding the calves post-weaning, at 50%. Twenty-five percent retained their calves through finishing (Figure 1). 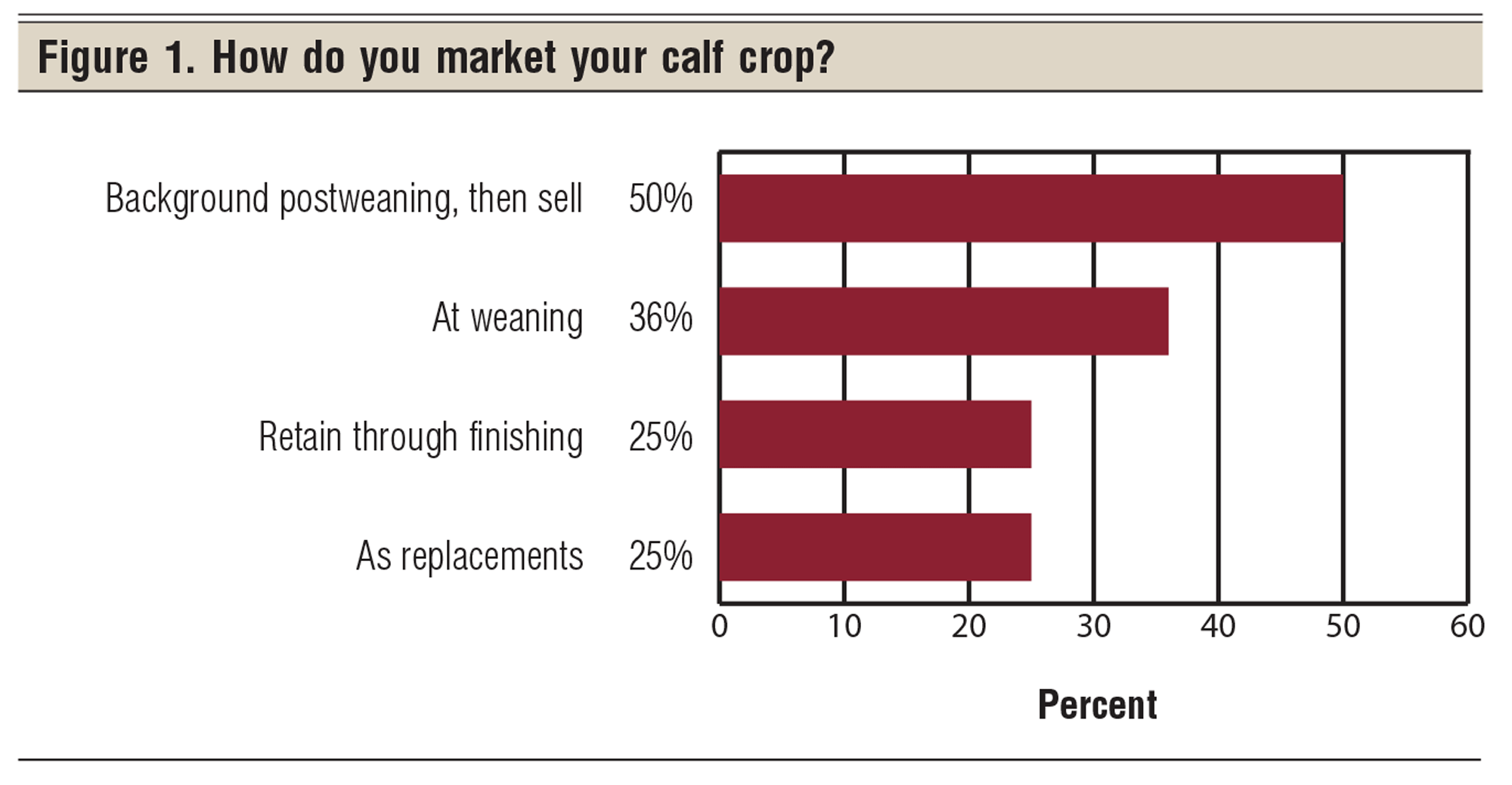 Each month, as part of my monthly price analysis, I prepare a series of budgets for marketing my eastern Wyoming-western Nebraska study herd’s calf crop through four different calf marketing alternatives. They are:

As this is being written, the sell-at-weaning option shows final October 2017 numbers, and the other three marketing options are October 2017 projections. 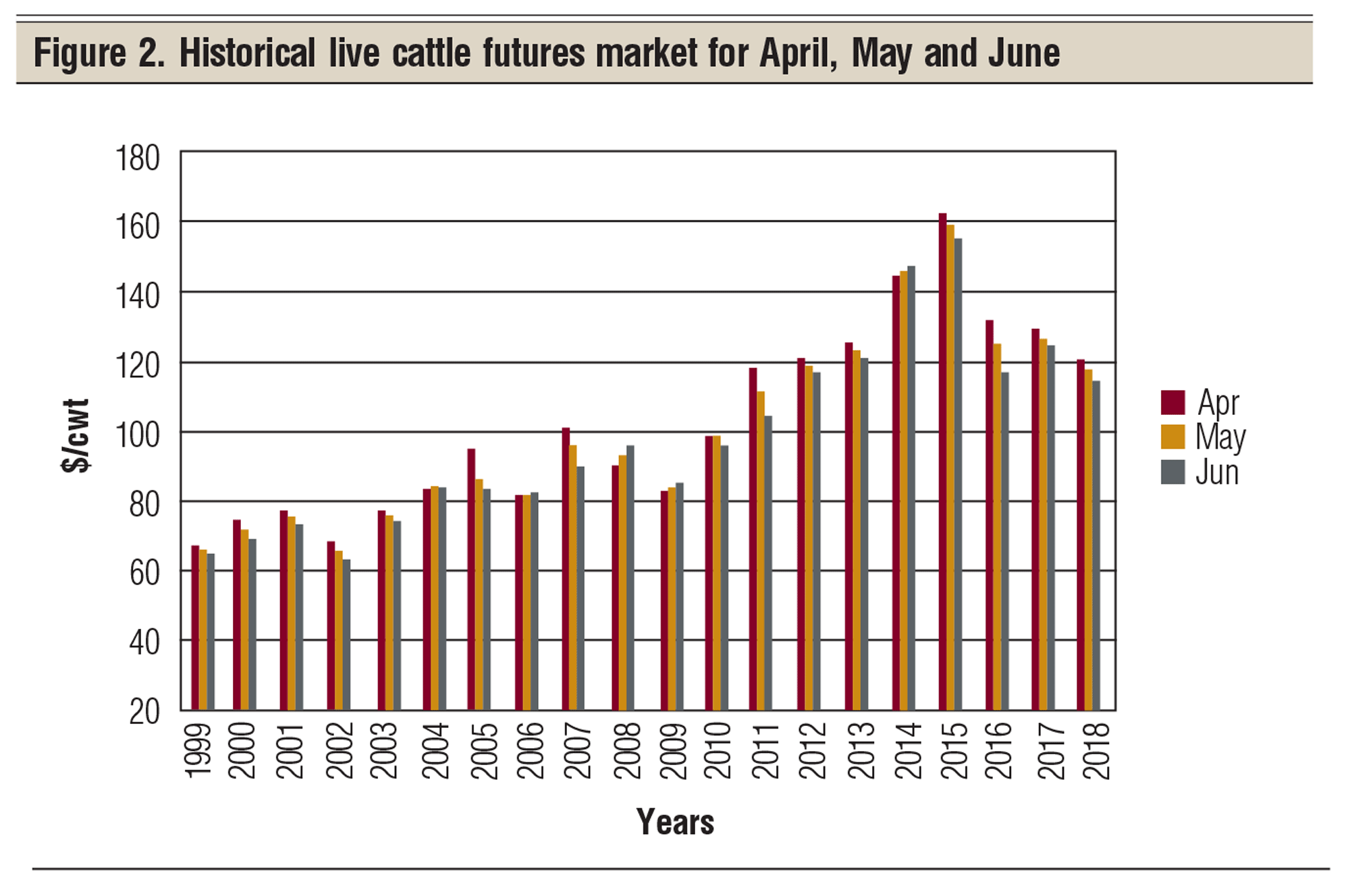 Selling at weaning in mid-October calculates out to $226 earned returns per cow to unpaid labor, management and facilities. For my study herd, this was considerably better than the $20 that would have been earned if the study rancher had sold at weaning in October 2016. In general, marketing prices are stronger this fall compared to last year. We can attribute some of this increased price to increased beef demand.

This 250-cow study herd exposed 294 females (250 mature cows and 44 virgin heifers) to bulls in the previous year, weaning 256 live calves this fall, for an 87% calf crop. Forty-four replacement heifers have been set aside to be developed. The post-weaning enterprise starts out with 128 steer calves and the remaining 84 heifer calves.

Figure 3 summarizes my October 2017 projected returns from the 250-cow herd, plus the added returns from three post-weaning marketing alternatives. For example, backgrounding the calves on the ranch, with a projected February 2018 market price of $145, generates an added $17,779, or $84 per head, for these 2017 backgrounded feeders. 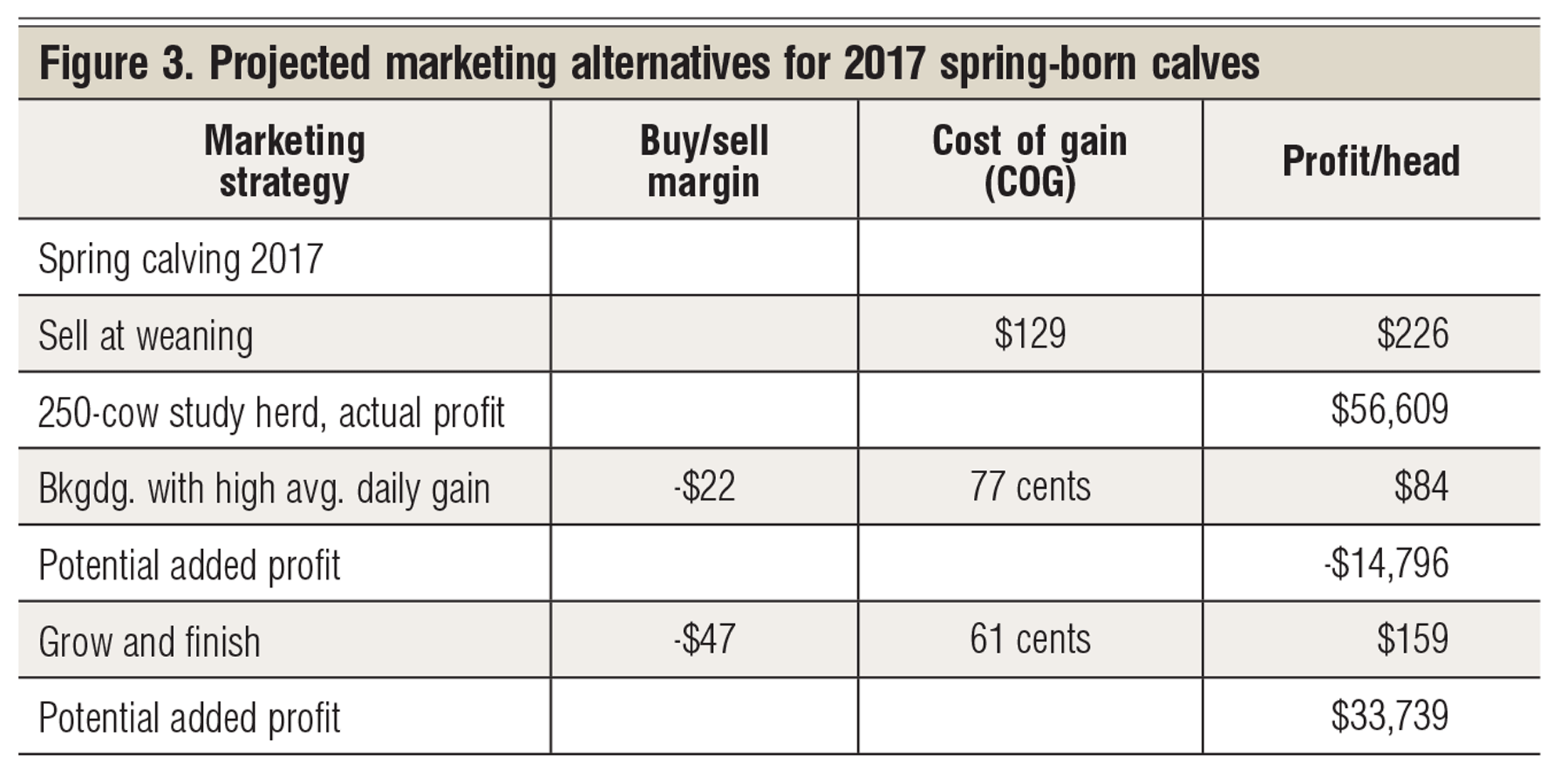 Finishing the backgrounded calves in a custom lot with a projected June 2018 marketing date is predicted to generate a $70-per-head loss, reducing total herd profit by $14,796. This is predicated on a projected $116 June harvest price.

The grow and finish (retain ownership) marketing option, as of late October 2017, is predicted to earn $33,739 in net income. This is predicated on selling $119 slaughter cattle in mid-May 2018. Coupled with running the cow herd, this projects out to $361 per cow.

The income tax implications of switching marketing programs from year to year can be significant and frequently lock a rancher into a constant marketing program. Let’s review these four marketing alternatives through the current cattle cycle, 2007-17.

My study rancher had always sold at weaning with the exception of last year.

The first logical number to look at in this 11-year study is the total net income generated over the 11-year period by each marketing alternative.

The three consecutive years of 2007, 2008 and 2009 averaged minus $32 per head for the three years. A tough, tough time period for backgrounding. Five out of the 11 years generated a negative return.

Finishing background calves: This 11-year period totaled minus $316 per head, giving an annual average of minus $29 per head. This minus average was heavily influenced by two large negative years, 2010 and 2014. Five out of the 11 years were negative, illustrating the problem with harvesting slaughter cattle in June along with a lot of other cattle feeders. The best year was 2016.

Running the cowherd combined with selling background calves: The total 11-year income per cow averaged $2,041 per cow, or $186 per cow per year. On average, this increased total profits by 18% over selling at weaning. 2008 was the only negative year. The downside is that the year-to-year net income variation also increased slightly, implying a little more price risk in this marketing alternative versus selling at weaning.

Running a cowherd with retained ownership through slaughter: The total 11-year profit was $2,244 per cow, generating a an average of $204 per cow per year. On average, this raised the profit per cow by 29%. The high-profit years were 2014 through the projection for 2017. The two negative years were 2007 and 2008. The year-to-year income variation was also less than selling weaned calves.

This data set suggests that retaining calves through slaughter generated 29% more average net income per cow over the 11 years than selling at weaning did, and it had less year-to-year variability.

Both selling backgrounded calves and/or retaining ownership through slaughter should be seriously considered if looking for a single, long-run marketing strategy through a cattle cycle. Stay tuned.